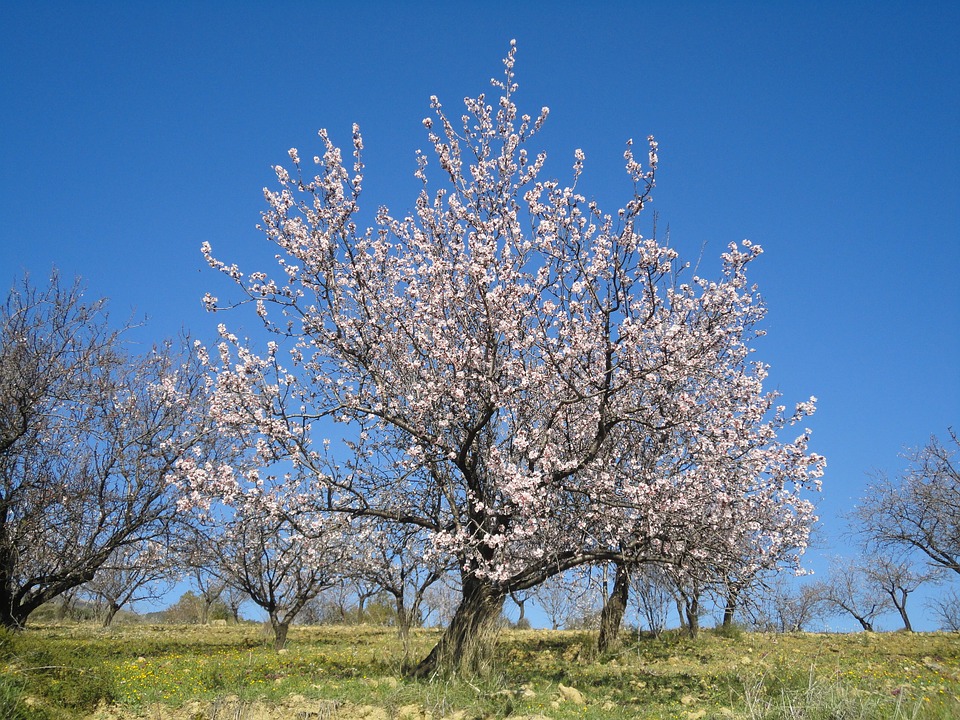 By the end of January, we can see the increase in temperatures as February approaches. In late January and early February in Malaga we can start feeling the imminent arrival of spring. 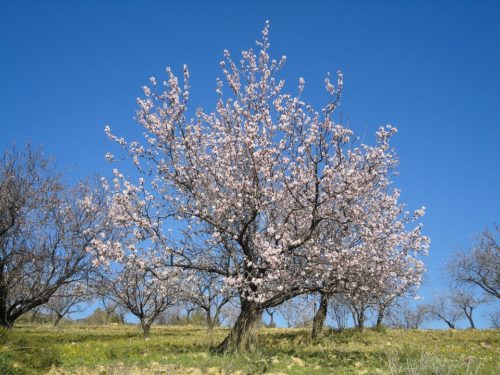 One of the first signs that let us know of the imminent arrival of spring is the Almond Blossom.

What is the weather like in Malaga in February?

The cold season in mid-January is uncommon on the Costa del Sol. In the province of Malaga, whose shores are caressed by the Mediterranean Sea and a benevolent climate all year round, winter is practically non-existent and at worst  usually lasts a few days.

February in Malaga use to begin with temperatures around 18/23ºC during the day as you can see below, although during the morning or at night it might reach 8ºC or lower. February might start with the cold weather from the end of January, but it is the month when the temperature start rising. 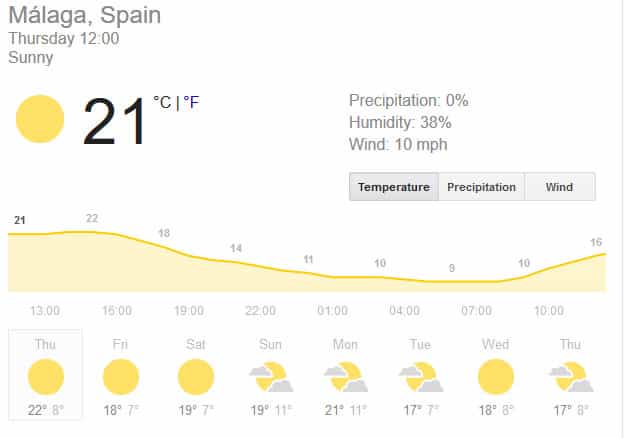 While even a good part of the peninsula is covered with a white blanket, autumn changes almost imperceptibly into spring; a spring that begins to take shape at the beginning of February in Malaga.

One of the first signs that let us know of the imminent arrival of spring weather is the Almond Blossom.

A hiking trail can show the walker landscapes where the colour that stands out is the soft pinks and whites of the almond trees. A true delight for your senses.

Does it rain in February in Malaga? What is the temperature?

It could rain around 5 days during this month according to historical registry, but it will be for no more than 1 or 2 days in general.

In 2018 by the 9th of February the temperature was 3ºC at 7 am, 9ºC at 9am and around 18ºC in the afternoon. This situation doesn’t last long though and temperatures would rise before the month ends.

Bathing in the sea in February

If you are coming by the end of February don’t forget your swimsuit. The water is still cold for locals but not for those of you who live in the North and a few who dare. It is not strange to see foreigners enjoying a beach day in February.

Water temperatures throughout the month range from 14ºC (57ºF) to 15ºC (59ºF). The thermal sensation is cold, but you can take a walk on the shore and the bravest can take a quick and refreshing dip.

What clothes should you bring?

Before packing up check online the weather of Malaga in the morning, midday and night. Spring could arrive earlier or later this month, better to be sure what clothes you will need so you can save space in your luggage.

Activities during February in Malaga

Those who come to Malaga in February can find interesting activities:

If you visit Malaga in February, whether it is during Valentine’s Day, the Carnival, or just to escape for a few days from the firm grip of the winter in your place of origin, I recommend to visit some of the white villages to enjoy the Almond Blossom.

Especially recommended are the regions of the Axarquia, the Guadalhorce Valley, Sierra de las Nieves and Montes de Malaga in February, all only a few kilometres from the coast.

The so-called Ruta de los Almendros (Almond route) runs along some picturesque places and villages of the Guadalhorce Valley, also known as the Orchard of Malaga. Towns along this route are Almogía, Alora (Natural Area Desfiladero de los Gaitanes) and Cartama, where you can also enjoy products made of almonds. 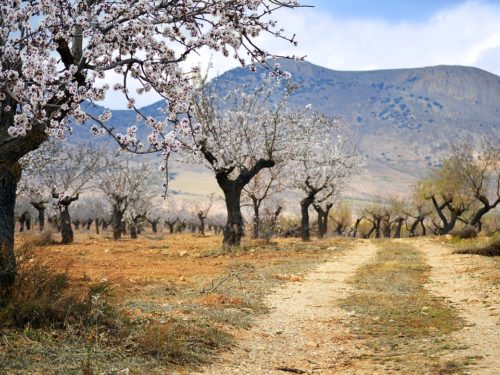 Another route takes us through the beautiful valley and the mountains of Guadalteba, to the municipalities of Carratraca or Ardales; or Sierra de las Nieves (north of Marbella) and the villages of Tolox and Guaro.

Also the easternmost Costa del Sol, with its highest mountains in the province offers at this time of year beautiful countryside in white and pink. In the so-called Axarquia, we can see fields of almond trees in the villages of Arenas and Daimalos (northeast of Velez-Malaga) or Totalan (east of Malaga capital).

Other towns in the Axarquia, where you can enjoy beautiful views of almond blossoms are: Moclinejo, Macharaviaya, Comares, Riogordo, Periana, Alfarnate, Colmenar (to the north between Malaga city and Velez-Malaga ) and Algarrobo or Sayalonga (east of Velez-Malaga).

Soup of the 7 branches in El Burgo on February 28

On the 28th, February, an event scheduled for the Day of Andalusia takes place in the municipality of El Burgo. The traditional event ‘Sopa de los 7 ramales’, is very interesting for all of you who want to enjoy the most typical gastronomy of this white village. This festivity has been declared Tourist Singularity of the province of Malaga.

This typical dish of El Burgo served in the past as food for the peasants. It is made with the following products of the municipality: traditional bread, garlic, potato, tomato, asparagus, egg and pepper.

The name of this soup comes from the 7 fresh ingredients used in the cooking.

In addition to the tasting of this soup there will be various activities scheduled for all audiences. Guided tours or musical activities as well as a craft market, everything you need to spend a day in this picturesque town of Malaga with family and children or with friends.

The village, in the Sierra de las Nieves, is an ideal place for practicing hiking. Some of the highlights that I recommend you to visit if you like nature is the waterfall of the river Turon and the recreational area of ​​La Fuensanta.

Day of Andalusia on February 28

In addition to El Burgo festival there are many events and activities that you can do on February 28. Andalucia day is holiday in this autonomous community.

Torremolinos, Marbella, Malaga and many other municipalities celebrating the Andalucia day. There is food and handcrafted stands as well as live music and traditional dancing.

Malaga in February – The month of the Almond Blossom and Springtime was last modified: January 25th, 2023 by Raúl G.T
Comparte este artículo: