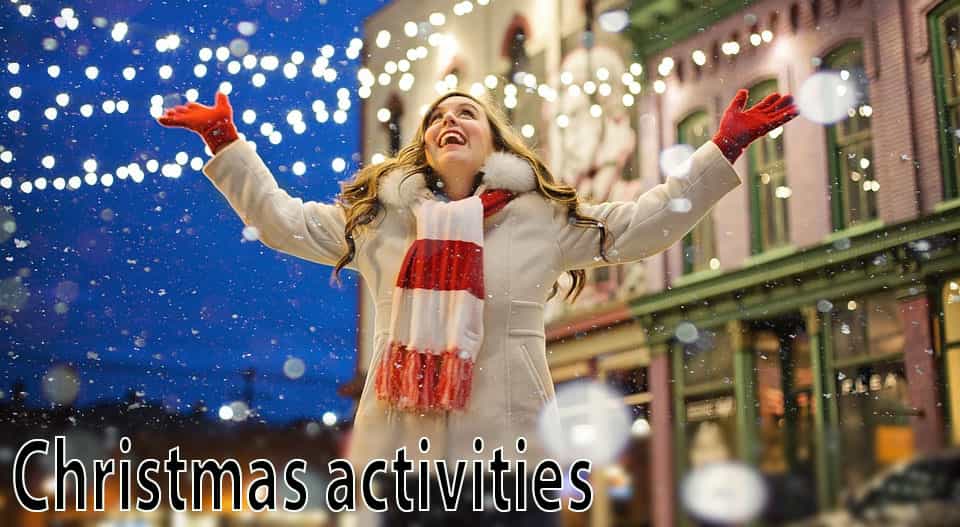 This year there are many Christmas activities in Malaga for both children and adults. I am going to review some of the most popular activities in December, so that you can enjoy Christmas with family or children.

There is a large Nativity Scene, music, workshops and a children’s theatre in addition to the well-known and popular Christmas lighting that is inaugurated on 26 November.

If you are one of those who can’t spend Christmas without a Nativity Scene at home, you can’t miss the one they have made this year in Malaga. This Nativity Scene has an area of 220 square meters and shows a Christmas composition with 1000 figures, some of them moving, and more than 10,000 miniatures for the enjoyment of visitors. 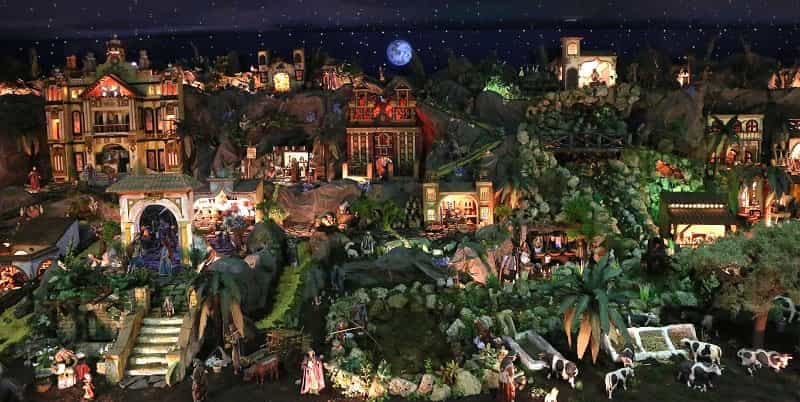 For the creation of this Nativity scene has been taken into account biblical scenes and the representation also has some of the main monuments of Malaga such as the Dolmen of Menga, the Cave of Nerja, the Lighthouse of the Pier, come to find them all!

In addition to the previous Nativity Scene, there is another one since 2 December in the Cathedral of Malaga. This Nativity Scene occupies 45 square metres and has a marine approach.

It has 200 figures and about 150 animals, all a craft work that has taken more than 35,000 hours of work. If you pay attention you will be able to see some monuments or spaces of Malaga.

This other Nativity deserves to be among the most popular in Malaga because it is performed with people and animals. It’s a magic Nativity play that aims to locate on the Christmas map this small town of Velez-Malaga.

Among the features of this Nativity Scene there are more than 150 characters wearing historical costumes, dozens of animals, large sets and a whole team of technicians behind.

The duration of this Nativity play is just over 2 hours.

There are other Nativity Scenes organized in the different municipalities of Malaga. Continue reading to know them or have a look at the map we have prepared with the most popular.

The dates or times of some may change from one year to another, so it is an indicative map:

Christmas activities for children and families

During these Christmas days there will be many children’s and family events in Malaga, let’s see some of the activities this year: 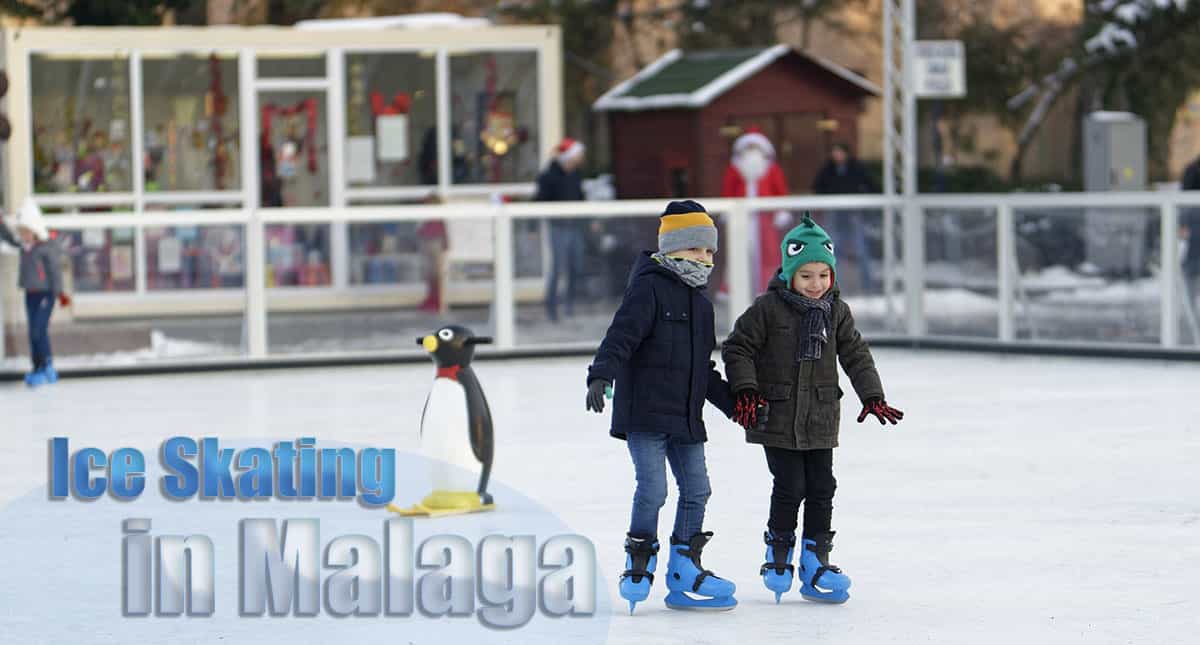 During the month of December and until the 5th of January there are several ice skating rinks in some municipalities. There are also Christmas villages with a multitude of attractions for children.

This year you can find an ice skating rink in the Parque de la Batería in Torremolinos. (Map)

Christmas at Pier One – Muelle Uno

Muelle Uno in the Port of Malaga is usually every year the venue for various activities for all audiences during the month of December.

Per One celebrates this Christmas in Malaga with a recreation of a Christmas village where you will find a polar igloo shelter, lake, polar bears and lots of Christmas lights.

As every year, children will visit Santa Claus, who on this occasion will welcome families in his private shelter: a Christmas igloo full of magic where visitors will be able to discover all the secrets of how the Christmas character works together with his elves. The Snow Village at Pier One opened its doors this Friday, 26 November, and can be visited free of charge until 5 January 2022.

Mask and reservation in the virtual queuing system is required. To queue, you have to scan the QR code you will find there. With this system to avoid crowds, you will be able to approach when there are 3 places in front of you, when it is your turn you will be called for 1 minute and a half.

There will also be a treasure hunt for families from the long weekend in December.

Every 5 minutes and during the week until the 5th of January this videomapping show takes place over the Chapel with music and lights in Muelle Uno. 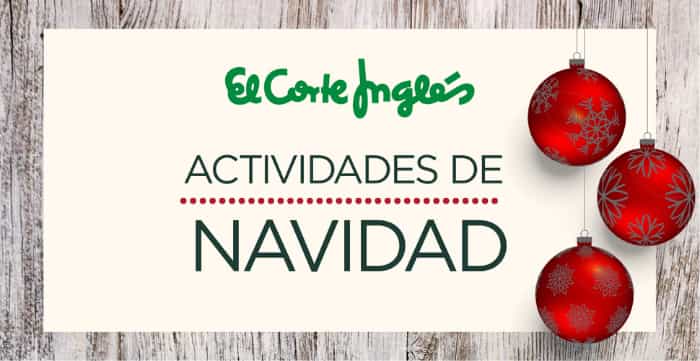 Corte Ingles mall organizes the so-called Christmas Village in the centre of Malaga which has several typical Christmas attractions for all ages:

No official information is available.

You can find official information here.

Christmas storytelling for children in Malaga

Among this year’s Christmas activities you can find some typical plays that are organised at Sala Tragasueños in Pedregalejo (Avenida Juan Sebastián Elcano, 20). These activities are especially suitable for children aged 4 and over, although younger children have free admission and are sure to enjoy themselves too.

This year Matilda, the novel by Roald Dahl, will be presented.

Christmas comes to Estepona in December with activities for all ages. Most of the events will take place in the Plaza Antonia Guerrero (map). 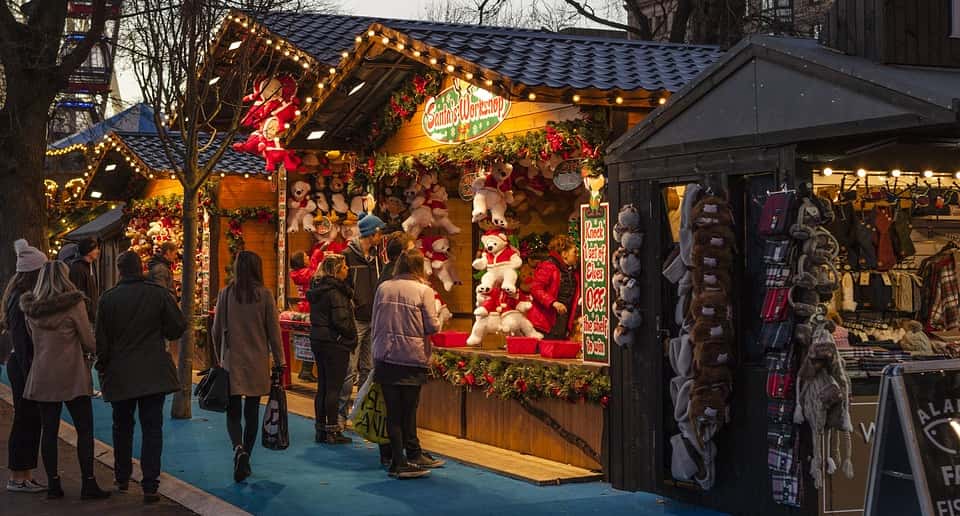 Marbella has organized a very complete Christmas program with many activities for family and children. It starts on the 25th of November. 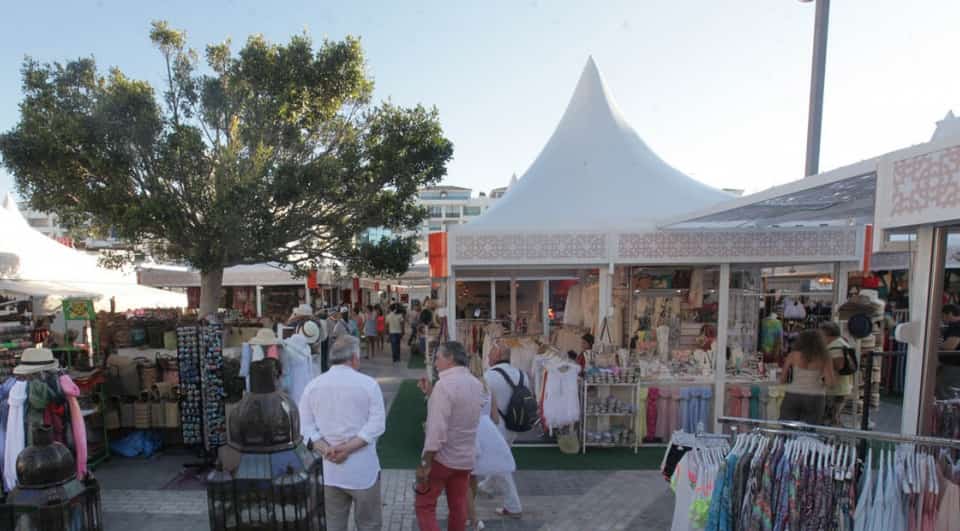 From the 25th of November Christmas in Marbella starts with children’s parties in the Paseo de la Alameda and parades through the old town.

There will be a multitude of Christmas parades that children will certainly enjoy:

Cavalcade of the Three Wise Men along Avenidas Ramón y Cajal and Ricardo Soriano on 5 January.

The closing of the year starts at midday for the little ones. There will be a children’s party so that the children can say goodbye to the year and at midnight the party will be in the same place for the adults. In past editions it took place in the Plaza de la Iglesia. 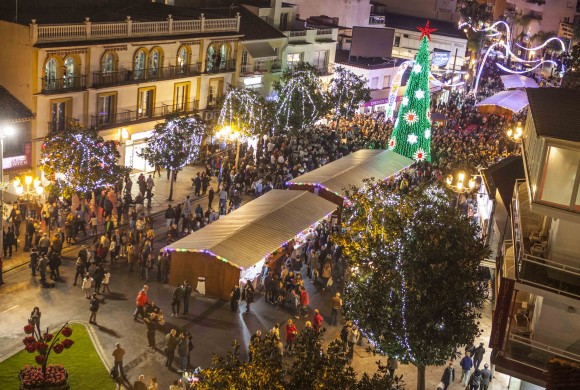 In Torremolinos Christmas starts on the 3rd of December with the switching on of the Christmas lights.

The typical Christmas market and the Santa Claus and Three Wise Men stall will be available from the 3rd of December to the 4th of January 2022.

This year the Battery Park has an ice skating rink and bouncy castles for the little ones. The so-called Christmas Park will be open from 17 December.

Located on the ground floor of the town hall of Torremolinos is this Nativity Scene that has more than 500 small figures and a neat decoration.

26th November: This year Christmas in Fuengirola starts on 26th November. It will be from 5:45 pm with the Municipal Nativity Scene in the Plaza de los Reyes Católicos.

6.30 pm, the official opening of the exhibition ‘The Magic of Christmas’ will take place in the City Museum.

7.30 pm, “one of the most awaited moments: The official lighting of the artistic Christmas lights at Plaza de España”.

8.30 pm: The Christmas Market in Fuengirola begins and will be open until the 19th of December in the Plaza de la Constitución.

If you want to go Christmas shopping and enjoy the Christmas atmosphere of the province you can take a look at the list of Christmas markets in Malaga this year.

However if you prefer to find some typical Christmas activity outdoors you may prefer ice-skating in Malaga. It is an activity for everyone, although you have to be well prepared , in the article I’ll tell you more.

You can also visit MIMA Malaga, a children’s fair with all kinds of activities for children of all ages.

During one week in December (15th to 21st) there will be a traditional andalusian patio competition with musical performances and a festive atmosphere for all audiences. From theatre performances for children to flamenco evenings and tasting of typical products.

Remember in Malaga the Night of the Three Kings with a parade and much fun for children on the 5th of January.

If you want to visit any of the events and Christmas activities then you can use the public transport or another means of transport. Due the popularity of those places during this season, I can recommend malagatransfer.co.uk; it is a private transfer service that will pick you up when you decide and return at the time you request for a fair price. You can have fun without transport worries.

If you are driving your car, you can use any of the public parking available.

If you are planning to visit Malaga in winter you may find the next article useful. We offer you other activities not related to Christmas and a guide on everything you need to know about the months of December and January in Malaga.