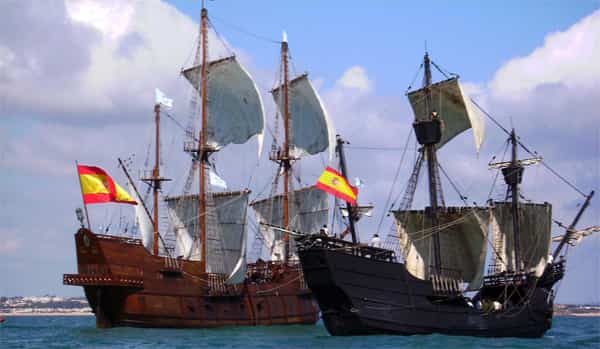 If you are one of those with interest in history you might find interesting visiting Benalmadena over the next few days. Until day 14 in November there will be a full-size replica of the Nao Victoria, a ship captained by Magellan which circumnavigated the world for the first time.

The ship is visiting the ports of Spain and Europe:

This ship is a replica of the one that made the first circumnavigation of the world in the early sixteenth century. It was an 85 tonne ship with a capacity for 42 crew built in Spain in 1991; in 2004 it repeated the achievement of going around the world from the port of Seville as the first time.

Between 2004 and 2006 the ship visited 17 countries, being the first time that a historical replica circumnavigated the earth.

The ship has been built using documentation from those years and materials similar to the original. This ship has participated in several audiovisual productions for film and television.

Of a crew of 260 only 18 returned to Seville. Many deserted and other died during this expedition.

History of the ship

The original ship was a carrack or nao built at a shipyard in Gipuzkoa. By the beginning of the 16th century, the aim of this and other ships captained by Magellan was to find a shorter route to Asia. The initial group consisted of 5 Spanish ships: Santiago, San Antonio, Trinidad, Concepcion and Victoria; after 3 years of sailing they found the Strait of Magellan, before reaching their destination only two ships were left.

Only the last of the ships (Nao Victoria) was able to get back. The crew had no better luck, and even Magellan himself and other 8 died after attacking 1500 Philippine warriors with just 49 crew members.

Of a crew of 260 only 18 returned to Seville. Many deserted and other died during this expedition.

Juan Sebastian Elcano replaced the captain after he died. On September 8, 1522, Nao Victoria arrived to Seville with a shipload of spices with a greater value than the original fleet. 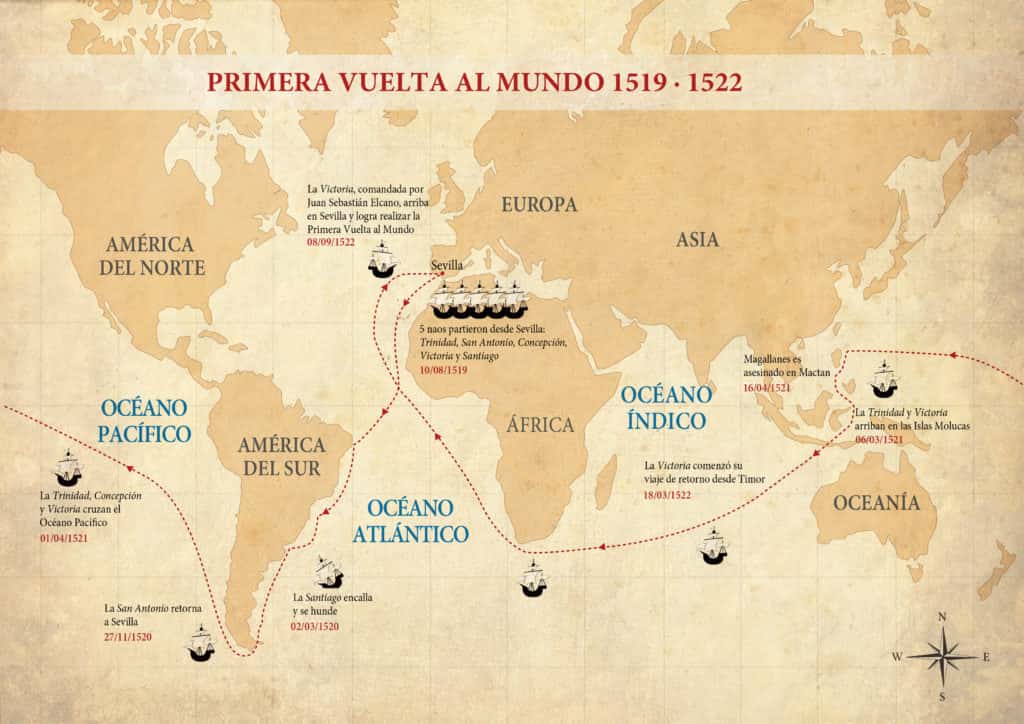 This adventure proved the circumference of the earth and marked the beginning of a great trade explosion between Europe, Asia and the Americas.

The original Victoria ship disappeared when sailing from Antilles to Seville in 1570.

If you have further interest you can read ‘First trip around the globe’; a first person experience written by Antonio Pigafetta. This crew member of the Victoria ship also wrote more books you can read for free: http://www.gutenberg.org/ebooks/author/41908

To download ‘First trip around the globe’  in Kindle, Epub and other formats in Spanish:
https://archive.org/stream/primerviajeentor00piga

Unique activity in the Port of Benalmadena

The prices are the following for a self-guided tour:

The visit is unlimited in time and you can take as many photos or videos as you want.

Meet this and other historic ships

The Victoria Foundation has other historic ships that visit other european ports.  https://www.fundacionnaovictoria.org/

It was a larger capacity vessel to trade between Spain and the new world after the discovery of Columbus. It could transport up to 150 people

No visits scheduled in Malaga in 2021.

A replica of one of the most popular 15th century ships; the original was used during the discovery of America by Columbus after leaving the port of Palos de la Frontera in Huelva.

No visits scheduled in Malaga in 2021.

I have visited this one or a similar ship during my childhood during a school excursion and it is a nice and recommended experience. It is amazing how they could survive for years in such a small ship while crossing the ocean.

If you are in Malaga it is worth stopping by the port and enjoying a unique opportunity to learn a little more about our past. Especially recommended for those who travel with children.

One thought on “Nao Victoria: Visit in Fuengirola the first ship to circumnavigate the world”