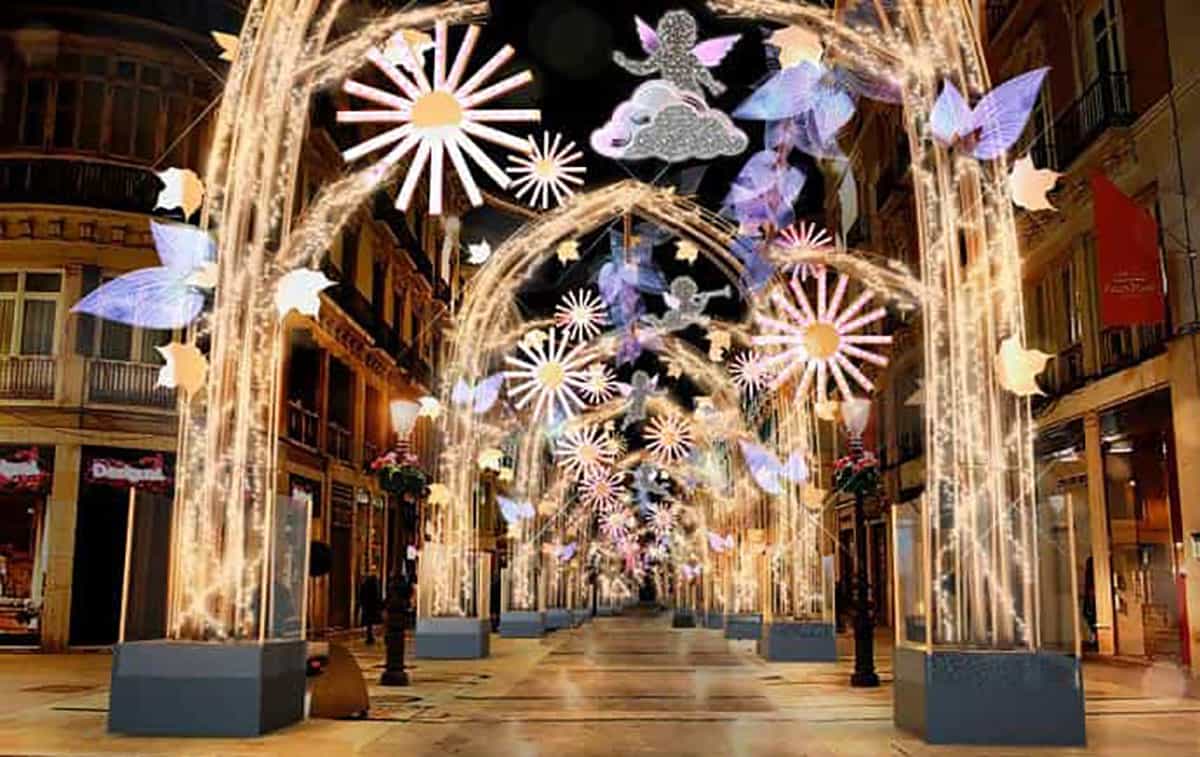 The Christmas lights in Malaga are switched on the last Friday of November. You can continue reading to find out what’s new this year. There are activities and events taking place during these dates in the capital and in the main municipalities.

The street Calle Larios in Malaga is where you will find this show of light and music at Christmas. This year the inauguration of the lighting should take place on the last Friday of November.

The lighting decoration and switching date change every year, however in 2021 is the same as in 2020. In past events they used up to 600.000 led lights in Larios street, the most centric street in Malaga, nevertheless this city is one of the best places to enjoy the Christmas lighting in the world.

Above you can see the 2019 lights. This year they are ready to be switched on the last Friday in November. There were light and sound shows between 6:30 pm and 9:30 pm every day until the 5th of January. This year, the shows are not announced, to avoid crowds.

Lighting for Christmas in Malaga

In 2018  the design was inspired by the Cathedral of Malaga. 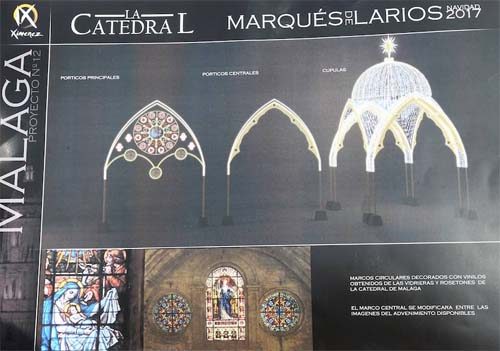 We can expect snow cannons in the main squares of the city like Plaza de las Flores or Soho district as they did the last past years.

The company responsible for Christmas lighting in Malaga (Iluminaciones Ximénez) which is also responsible for providing lighting to different companies and cities around the world. You can find its LED lighting in New York on Fifth Avenue, Las Vegas, Dubai or even in Hong Kong among other locations.

Many visitors come from Europe not only to see the Christmas lights in Malaga, but also to enjoy a festive atmosphere unique in the city.

There were light and music shows daily at 6:30 pm, 8 pm and 9:30 pm until the 5th of January, inclusive. This year, the shows are not announced, to avoid crowds.

This year the typical Christmas songs and each show lasted a few minutes:

The Christmas lighting will be turned off on January 5th, with the arrival of the Night of Kings, so you better visit it before it is too late.

This central square in Malaga is decorated for Christmas with a beautiful illumination offering a show that you should not miss.

As a new there will be a visitable Christmas tree in the Plaza de la Constitución. You will be able to visit the inside of the tree and take photos.

Christmas activities in Pier One

The leisure centre of the port of Malaga celebrates its tenth anniversary with a new space that recreates a polar refuge with igloos, a lake, polar bears, snow and many lights.

There will also be other Christmas events: follow the link to find out about the Christmas activities that take place both in Muelle Uno and all the province; you may find one event near you.

Switching on Christmas lights in Malaga in video

In case you’ve missed it, this is the last video of the Christmas lights being turned on and some of the main attractions of the city this winter.

Christmas lighting in other municipalities

Although the dates may vary slightly each year, it is common for lighting to begin in late November or early December in different municipalities.

In 2018 more than one million visitors visited the Christmas lighting in the city centre. In addition, Malaga won first place as “Best Sunny Christmas Markets in Europe”, from the organisation “European Best Destinations” which presents Malaga as an ideal destination to celebrate a Christmas with good weather.

This year 2020 the Malaga market will be opened on 30th November with a total of 70 stalls. It will be open until Epiphany and will have security measures. The stalls must close at 6pm to respect the time restriction until further notice.

Initially I think the list will not be much different than the previous year, you can check our current list of Christmas Markets in Malaga.

You can find a wide variety of hotels for the New Year’s Eve party with dinner included . You can celebrate in one of the main squares of the cities of Malaga; there typically meet a large number of people to celebrate the arrival of the New Year. This year, and due the excepcional situation with the Covid-19, we don’t expect great celebrations in Malaga.

In addition if you want to celebrate New Year’s Eve in Malaga with more people you can visit my other article with the incoming events for that night.

Procession of the Three Kings 2022 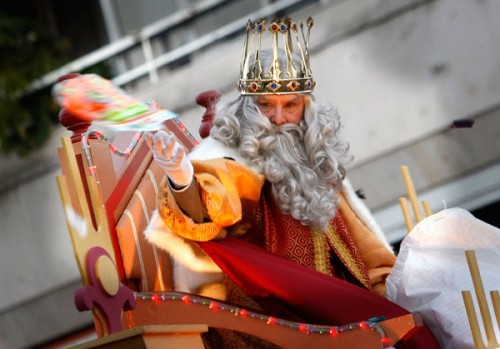 The Three Kings in Malaga have spent the night in the Alcazaba in past editions. They leave the town hall on Monday 5th January.

The parade use to begin at 5 pm on January 5th and the route is as follows*:

Restrictions for Covid-19 at Christmas and New Year’s Eve

It seems that there will be no major restrictions during Christmas or New Year’s Eve. Logically, you do not need a Covid passport to enjoy the different Christmas activities, as you can get infected whether you are vaccinated or not, so common sense and keeping safe distances is recommended.

Private or public transport during Christmas

During Christmas in Malaga the public transport is still working as usual and it is one of the recommended options for getting to the city centre.

Evening is a far more popular and crowded time than afternoon, just letting you know.

Usually they add special offers during these dates and there is more availability on weekends. Other years they sold a 15 trips card for 9.95€ which you can buy at kiosks or tobacco shop.

This transport campaign use to finish the 30th of December.

The commuter train in Malaga continues being an excellent choice for those living near the train station. The last stop will get you next to the city centre; remember to check the timetable for the train in our guide.

If you plan to rent a vehicle on your arrival, then you might prefer just driving to Malaga. You will have to park in a public parking; it is more than possible that you will experience traffic jam in some areas.

I used to drive to Pier One at Malaga Port and park in that parking lot. Sometimes and depending on the time, I experienced some traffic jam near the city centre; evening is a far more popular and crowded time than afternoon, just letting you know.

Taxis usually extend the fleet during the 24, 25, 31 of December and 1st of January.

You can also book a private transfer, I can recommend malagatransfer.co.uk as I always had a good experience with them and the price is fair.

Do you plan to spend this Christmas in Malaga? We hope you enjoy and don´t forget to share your experiences and questions in the comments below.

Thank you for reading and Merry Christmas!

Christmas in Malaga: Experience the lights shows in 2021 and other activities was last modified: November 29th, 2021 by Raúl G.T
Comparte este artículo:

18 thoughts on “Christmas in Malaga: Experience the lights shows in 2021 and other activities”