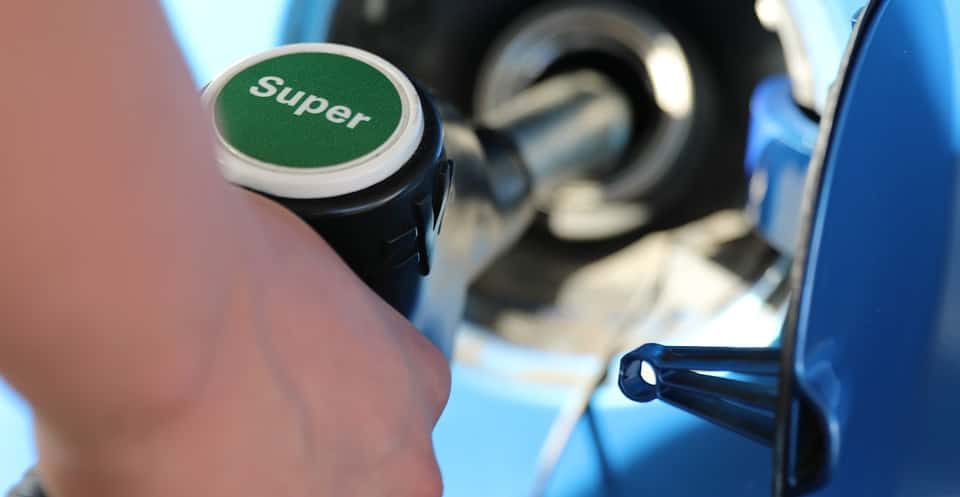 From 12 October, the new European regulation concerning labelling at petrol stations will apply in Spain. We will learn about the new pump labels and what type of fuel you should use in your vehicle.

The aim of the new labelling is that there is a consensus on the nomenclature within the European territory. It is also possible that they want to mark a roadmap for a future reform.

These new labels will be used by 28 countries in Europe, including Spain. In addition to Iceland, Liechtenstein, Norway, Macedonia, Serbia, Switzerland and Turkey.

We must remember that the current gasoline already have a percentage of ethanol, it is not something new that we are going to have to deal with.

Although this is a travel website, many of our readers decide to rent a car when visiting Malaga so it is worth clarifying doubts about the new labelling of fuel in Spain.

The gasoline or diesel that you are going to continue using for your vehicle will be the same, only the amount of ethanol or biodiesel present is taken into account from now on. 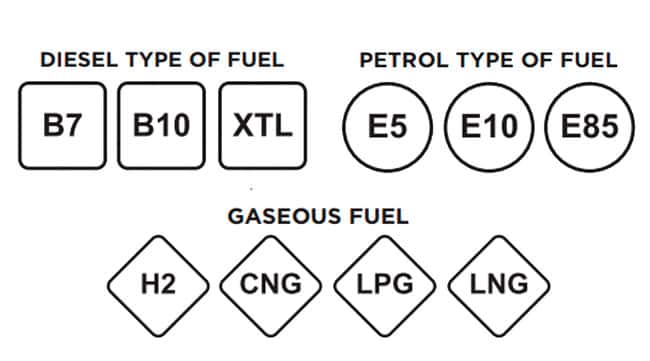 The label for the gasoline will be represented in a circle.

The label for the diesel will be represented in a square.

The label of the alternative fuels will be represented in a rhombus.

Although hydrogen is the post-electric future and E85 is the present, in Spain none of them are popular yet.

Equivalence of the new identifiers

The equivalents of the new identifiers in EU with respect to the type of gasoline or diesel will depend on each gas station and the additives they add to the fuel.

Remember that the current gasoline already have a percentage of ethanol, it is not something new that we are going to have to face.

New nomenclature at each gas station? Does all this sound very complicated? Don’t worry, it’s not as complicated as it seems, let’s see some examples:

As we can see, all current Repsol petrol fuels would correspond by their percentage of ethanol to the new E10. As far as I have read from users visiting petrol stations in Spain, the E5 is the only one available.

Cepsa’s 95 gasoline will have the new denomination E5 while its Optima 98 gasoline would become E10.

Diesel Star and Optima will become B7.

At the BP and Shell petrol stations both petrol 95 and 98 are E5.

Both diesel are B7.

Which fuel to use in our vehicle?

Don’t worry, petrol stations continue to give preference to old fuel identifiers, leaving only the new one under a small label.

I still don’t know of petrol stations in Spain with the label E10 or B10 in any of its dispensers, although I have seen them in Germany.

This change of name will be labelled on new vehicles from October 2018; it does not mean that petrol stations will remove the old labelling, at least not for now. If the vehicle is new it may already have the label, it should be located close to the fuel cap or in the fuel cap itself.

Doubts about which fuel to use

While documenting this new article I have read many doubts; I am going to try to answer basically the one I found the most.

For now it is not a new fuel, you are going to continue using the same one that also keeps its old label on the pump.

Anyway you can always go to the dealer and ask or do a online search of your vehicle model. But if you keep refuelling as you have done so far, you won’t face any problems.

If you decide to rent a car in Malaga and still have doubts, I recommend you asking for the type of fuel to refuel the vehicle.

If you want to ask, correct or contribute with something that I missed you are welcome in the comments below.

What fuel to use? Guide to new petrol pump labels and equivalence was last modified: January 30th, 2020 by Raúl G.T
Comparte este artículo:

3 thoughts on “What fuel to use? Guide to new petrol pump labels and equivalence”