In Spain there are two time changes, one in March and one in October. Know when and why we change our clocks and what is the time difference between Malaga in Spain and UK.

Check also the latest news on daylight saving time and the programmed ending of the time change.

When and how is the time change in March to daylight saving or summer time?

In March, the clock change in Spain is in the early morning from Saturday to the last Sunday of the month. In 2021 it will be the night of Saturday the 27th to Sunday the 28th of March.

The clock change in March at 2:00 am, it will change to 3:00 am. From that Sunday, dawn and dusk will arrive later, so it is called summer time.

When do the clocks go back in October? 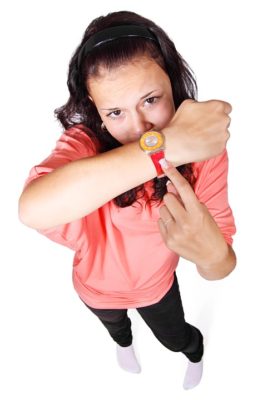 The clocks go back on the night leading up to the last Sunday in October. In 2021 the change will be early in the night from Saturday 30 to Sunday 31 October.

The exact time the time changes is at 3:00 am., which will change to 2:00 am. So from then on it will get dark and dawn earlier.

Therefore from the last Sunday in October the clock will be moved backward by one hour. We now have the well-known winter time.

Why do the clocks change in Spain?

The first clock change proposal came from the UK with the aim of saving electricity on the longest days of the year. In 1918, the so-called ‘daylight saving’ was approved worldwide.

In Spain however, this decision was not taken unilaterally. During the civil war, the two parties at war had different timings. This clock difference would be unified at the end of the war.

Why is Spain 1 hour ahead UK?

The time zone in Spain should correspond to others like United Kingdom, Portugal or the Canary Islands due to its geographical location.

According to a report of that time it was to be in accordance with other European countries, but it seems that it was more of a gesture towards Berlin. This change is something England and France also did, although at the end of the war England returned to its natural time zone, while France and Spain did not.

Spain and Malaga are 1 hour ahead of England but it should be the same. In Spain only Canary Islands have the correct time zone.

In a near future Malaga and England will share the same time zone, when it happens I will be here to tell you.

In 2021 or 2022 it will be the last year there is a daylight saving time not only in Spain but in Europe. There is already a plan to finish with the seasonal clock in the territory.

All about time change in Malaga and Spain and time difference was last modified: March 4th, 2021 by Raúl G.T
Comparte este artículo: