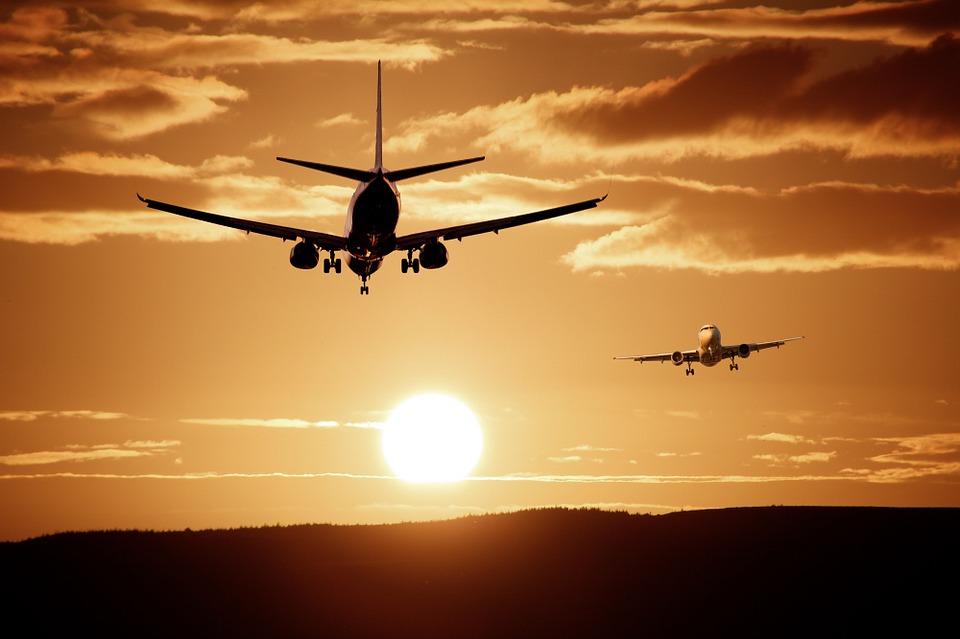 If you want to know the latest news from Malaga airport in 2020 continue reading, you can also read an extract of news from past years.

Cancellations and flights after the Coronavirus

For more information we recommend visiting our article on flight cancellations and delays. There you will find information on how to proceed if your flight has been cancelled and the status of the airlines.

As of March 19, no quarantine has been implemented at Malaga airport. It is to be expected that it will arrive sooner rather than later.

Flights between Malaga and Lyon

Volotea airline will offer flights between Malaga and Lyon from April in 2020. This route is added to others like Asturias, Bilbao, Bordeaux, Genoa, Nantes, Nice, Palermo, Toulouse and Venice

Connection with Tel Aviv in 2020

The Costa del Sol airport will connect with 4 flights the capital with Tel Aviv from May to October.

Air Europa is launching the connection between Israel and Spain with a Boeing 737 every Tuesday and Thursday.

The Sun d’Or airline will also offer two more flights from Malaga, on Mondays and Wednesdays with a Boeing 737-800 that has a capacity of 189 passengers.

Qatar Airways will reconnect Malaga airport with Doha from 24 May to 28 September in a B777 with capacity for 350 passengers.

The best airport in Spain?

Malaga has been considered one of the best airports in Spain in terms of services. But what does it offer to win such a distinguished award? It has restaurants such as Jamie’s Dali or Kirei by Kabuki, both of which are internationally renowned. It is also an airport that is ready for family travel and has a train station that connects with numerous destinations along the Costa del Sol.

Malaga is one of the few airports in Spain working to improve carbon emissions. Malaga airport has managed to renew certification and improve a level in the Airport Carbon Accreditation programme.

Among the measures taken are the purchase of renewable energy and a self-sufficiency plan with solar energy; it would not be surprising the use of other initiatives such as Deposy for waste management.

The prestigious Hard Rock Cafe chain is expected to open its doors during the month of March at Malaga airport.

Hard Rock Cafe has about 10 establishments in Spain; one of them will be in Marbella and another in the port of Malaga.

Looking for older news? Find below what did happen in past years.

Direct flights between Geneve and Malaga

A weekly flight is established between Malaga every Wednesday at 10.20 am and Geneva in Italy. From Geneve a plane will also depart every Wednesday to Malaga at 7.15 am.

This route joins others that the company has with Europe including Bordeaux, Nice, Nantes, Palermo, Toulouse and Venice.

The price ranges from €50 per ticket, although it may vary slightly depending on the month chosen.

The offer starts in June and extends until the end of September.

The new Japanese restaurant at Malaga airport is in the departure area of the T3 and has a capacity for 40 people. The restaurant offers the possibility of eating a la carte or ordering takeaway food. There are sushi, salads and sandwiches to take away. The food is prepared in front of the client at the same time it is served.

Japanese beer is also available in this restaurant at Malaga airport.

Norwegian expands their presence in Malaga

The Norwegian airline will increase by 11.6% the number of flights connected to Malaga airport. This will result in an increase in the number of seats:

The volume of seats between Malaga and Gatwick Airport increases by 85.2%.

In 2018 the airline Norwegian transported a total of 1.82 million passengers, a figure that is expected to improve throughout 2019.

Norwegian flights with Malaga in 2019

It is proposed as a licensed opening until 2026 in the public area of Terminal 2 of Malaga airport, on the departure floor.

Café Pans has 214 square metres and space for 87 people.

Café Pans is a franchise of Pans & Company. A place where customers can drink coffee and eat handmade pastries.

Two new routes in june, the first one by Helicopter between Malaga airport and Ceuta with 4 daily flights (2 departures and 2 arrivals). Vueling adds a new route between the airport of Malaga and Toulouse every Monday, Wednesday and Friday with a total of 6 weekly flights.

Malaga airport is adding new security filters to improve security checks. You can read more about this here.

News from June bring us direct flights between Malaga airport with New York and Tel Aviv. 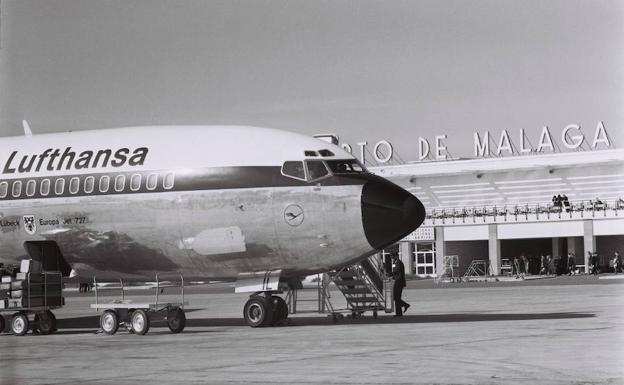 The first flight connecting with Malaga was the 3rd of June in 1967. The company will celebrate this anniversary duplicating the flights the next winter.

From the 29th of October until the 25th of March they will add 6 extra weekly flights, a total of 12 flights every week. They will link Malaga with Hamburg, Berlin, Moscow, Vienna, Tel Aviv or São Paulo among others.

Also for the summer there will be 24 weekly flights between Malaga and Frankfort. Furthermore there will be 12 flights every week between the Costa del Sol and Munich. 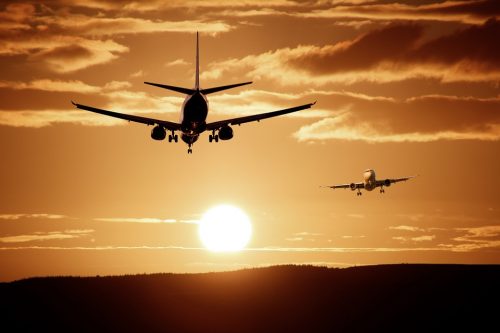 New direct flights with New York and Tel Aviv in 2017

From 26th of May until 30th of September, Delta Air Lines offer direct flights between Malaga and New York.

Flights between Tel Aviv and Malaga airport have an estimated flight time of 4 hours and 55 minutes. Departure from Tel Aviv is at 18:05 pm. with estimated arrival at 22:50 am. on Thursdays and Sundays during the months of June, July, August, September and October.

There is an increment in flights to Malaga airport of the 12% between May and October (both included) compared to last year.

Among the passengers, Swedish growth is near a 54% comparing to 2016. They are followed by other countries like Holland with a 36%, Italy 33%, Germany and Denmark with a 22%.

The airlines with most growing flights to Malaga are SAS, Jet2.com and Norwegian.

Are you from any of those countries and thinking to take a flight to Malaga between May and October? Continue reading past news that could affect your flight plans below.

While the airport is in development private vehicles will not be able to continue stopping next to terminal T3 as they were doing before. They will have to use the private express parking with 15 free minutes for passengers drop off.

The parking lot has 300 available places and it is located on the first floor, next to the departures hall.

Airport works focus on the development of the facilities and accesses for making it more comfortable for daily passengers. The express parking measure is not free of criticism and we can only wait until the high season to see how effective it can be after an important traffic increment.

Will this measure affect your trip?

This measure will affect all of you who plan to use a private vehicle for getting to  departures. If you are being delivered there by using a private transfer or courtesy bus, the vehicle will have to stop at the express parking for shorter than 15 minutes.

You have to take special attention to not spending more time than the free 15 minutes, if you pass it even by 1 minute you will have to pay full price. The price for 16 minutes is 1.79€.

Are there any alternatives? If getting there by car for delivering someone to departures you can use a parking next to the airport or the private airport parking.

For avoiding possible problems, remember that when taking a flight it is recommended getting to the airport with enough time, at least 2 hours before boarding time or 3 hours when boarding an international flight.

Who will not be affected?

Those of you who arrive to Malaga airport and booked a transfer from the airport or a rental car and need to wait the courtesy bus will not be affected. The place you must head to still the same (in the map is the orange walking route) 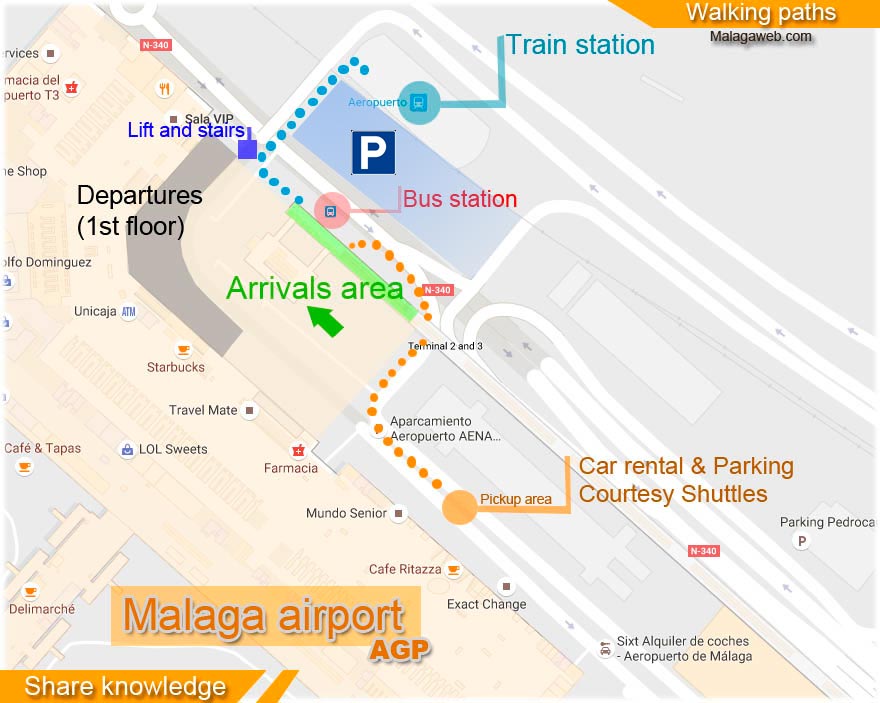 If you need to know more about this map or the arrival terminal, just check our guide.

The most important growth is from Sweden, swedish passengers and flights have increased around 60% with the Costa del Sol.

From the 26th of May the airline Delta Air Lines will fleet again a flight linking Malaga with JFK New York airport, so if you plan to visit Malaga during May or June you better book soon.

A reduction of airport taxes up to 11% has been foreseen in all the Spanish airports until the year 2021, probably it will last even after that year.

Every passenger pay charges when buying a ticket corresponding to airlines expenses in airport taxes.

A discounted charge of 11% would transform in a flight ticket discount of around a 6%.

Including this discount or not into the flight ticket is something every company will have to decide by their own. Some airlines like Ryanair or British Airways already said that any discount on airport charges will be passed to the customer.

If we look back to January we can check that statistics just starting the year 2017 show us an increment of 18,4% in passengers since last year during that month.

The increment of international travelers coming through the airport has increased a 21%. A record in low season that could foretell a great mid and high season this year.

British Airways will add direct flights from Birmingham and Bristol while Jet2 will connect the Irish cities of Edinburg and Glasgow with the capital of the Costa del Sol.

The new connections will not affect the flights both companies already have with Malaga airport.

News from the airport were also related to the traffic comparison of 2016 with 2015:

The most demanding countries flying to Malaga in 2016 are on this order:

Among the countries where the flights increased more compared to 2015 are:

Some of the news below has been confirmed for 2017, Turkish will keep 2 daily flights in summer between Malaga and Istanbul and one daily flight the rest of the year.

From 1 daily flight to 2 flights daily with a total of 14 weekly flights. Turkey is an important link between Europe and the Asian continent and so it is expected an increment of visitors in both directions between Malaga and Asia.

Flights from northern to southern Spain

Malaga gained a consolidated confidence as a tourist destination over last year from northern Spain with an amount of visitors similar to 2015 taking a flight to Malaga from Bilbao airport. 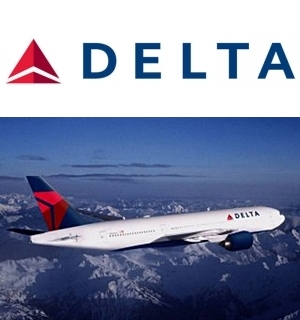 Flights between Malaga and New york starting in May

Already last year was a great success for this airline and this year it aims to offer up to 18% more seats for both ways, those who want to visit the United States and for the Americans who want to enjoy a great holiday in the Costa del Sol, a holiday destination which is increasing its value in that country.

There are plans for flights during all the year between New York and Malaga from 2018 in advance.

The latest news from Malaga airport highlight the growth in visitor numbers up to 20% over the previous year only in the month of December, a growth rate that has remained during the winter and a 13,6% growth comparing the year 2016 with 2015…Malaga is a good destination for your holidays throughout the year and every time more and more tourists know about this.

Flights during the summer increase to accommodate a higher number of passengers but I always recommend to book well in advance: flights, rental cars and accommodation…try always to avoid surprises by booking at least one or two months in advance.

Finally if you are looking for your holiday destination with beach, good weather and a wide tourist offer with activities for both active, rural or beach tourism Malaga is a highly recommended option to consider … Do you already know Malaga?