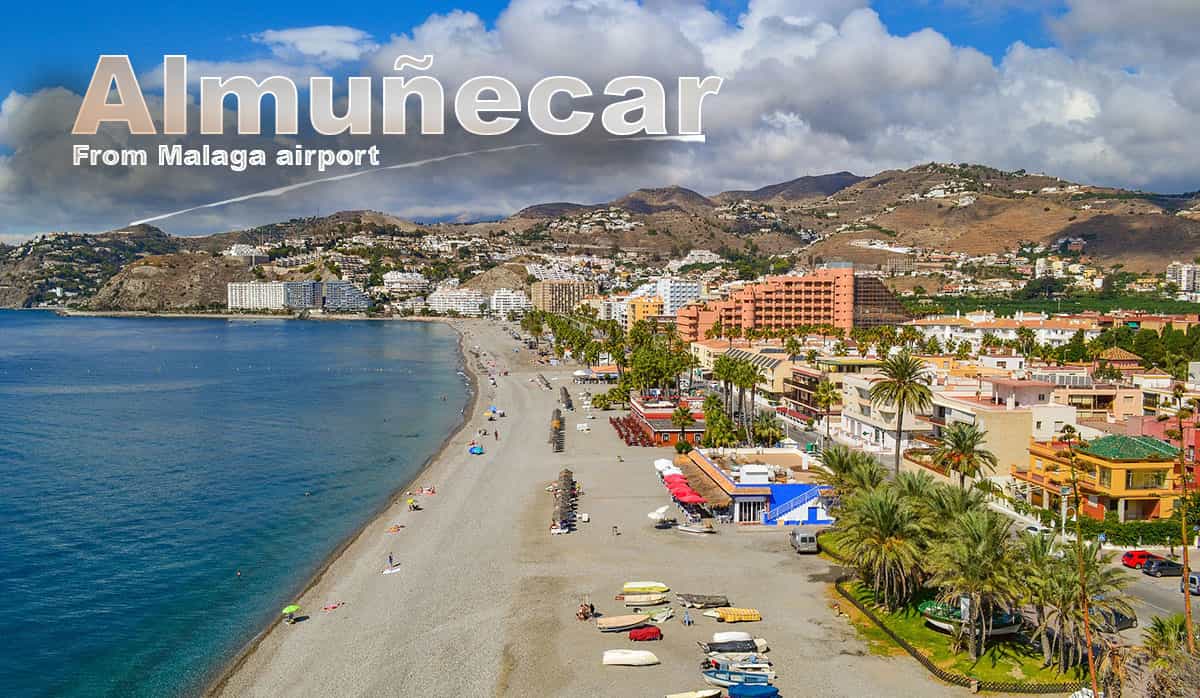 The transport companies adapt every summer to the increase in tourists. The bus from Malaga airport to Almunecar is one of those that see its lines increase from 1 to 3 daily departures. Also included are stops at other important destinations on the eastern Costa del Sol such as Nerja, La Herradura or Rincón de la Victoria among others that I will detail below.

Alternative to the bus

This bus runs along the coast from Malaga airport to Almuñecar and makes stops in Malaga downtown, Torre del Mar, Torrox, Nerja, Maro and La Herradura.

There is also a direct bus to Almuñecar but the carrier aims to offer visitors an option to reach their destinations on the eastern coast.

During the summer season the bus schedule is extended and stops are added to the route.

Only the direct bus to Almuñecar is usually available, so it is advisable to check the timetable in advance. Departure time is at 2:15 pm; if you miss this bus there are other alternatives at the bottom of this article.

Bus itinerary to Almuñecar with 10 stops

Itinerary to Almuñecar with 6 stops

To keep up to date with schedules and availability of Malaga airport buses visit our guide or visit the official website. There are also buses to Granada with a wide variety of timetables.

You can book online at: https://www.alsa.es/

Where to take the bus at the airport?

If this is the first time you come to Malaga airport have never taken a bus before on the map below you can see the exact location; it is situated very close to the arrivals hall: 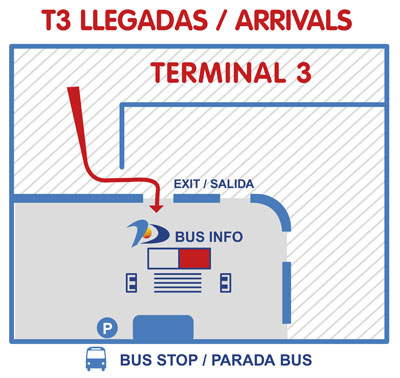 Alternatives to the bus from the airport

It is not always possible to coincide with the schedule, especially if you arrive by plane and either does not coincide or has a delay. Let’s see some alternatives to the bus from the airport:

Presumably you won’t have your own car when you arrive on holiday, but you can always rent a car in Malaga if you plan ahead.

From Malaga to Almuñecar is 1 hour of travel with beautiful scenery as you border the coast.

Renting a vehicle with a driver is undoubtedly the most comfortable option, although not the cheapest. If you don’t mind spending a little more or if you can share the costs of the trip with other companions is undoubtedly one of the best options.

I can recommend malagatransfer.co.uk. It’s a Spanish company that I’ve used in some occasions and with which I’ve had a very good experience. You can take a look at other websites that offer transfers from Malaga airport and decide which one suits you best.

From the bus terminal

From the bus terminal in Malaga, daily buses to Almuñecar depart with greater frequency and schedule. But you will have to take the train from the airport and get off at the penultimate stop.

Once you have taken the train you must get off at María Zambrano station. From the platform walk straight on until you leave the station; a few metres away you will find the bus station, from where there are extended timetables with departures from 8am to 8.30pm.

Timetables from October 2019 for buses from the Terminal:

I hope this guide helps you decide the best transportation means to Almuñecar.

(You can book online and check the latest timetables from https://www.alsa.es/, remember to print the copy of the ticket.)