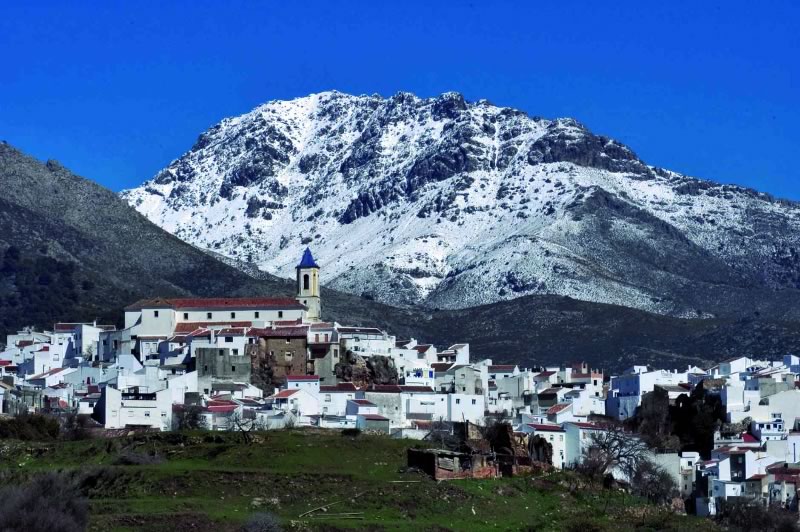 When we think of holidays on the Costa del Sol we are almost inevitably invaded by images of hotels on the front line of the beach, sun, sea, beach bars, nightclubs but we forget about Malaga villages. During the high season, the noise and crowds often mingle with the cheerful fuss of some lost tourist in the early hours of the morning.

Of course everyone is free to spend their holidays as they please, so this article is for those visitors to the Costa del Sol and Malaga who want to discover a little more of this beautiful province in the south of Spain. 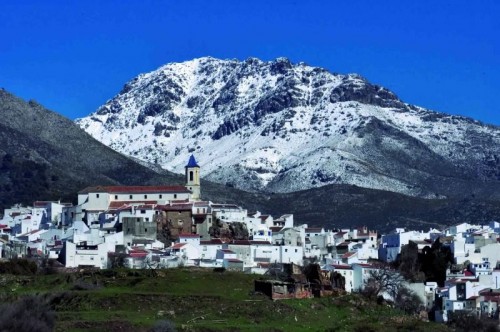 One of the most charming regions inland Malaga is the Serrania de Ronda and the town of Ronda, a historic city situated in a spectacular setting next to a gorge. The city is quite popular among visitors and is an excellent destination for a day trip from Malaga, where to enjoy fantastic landscapes and great local gastronomy. 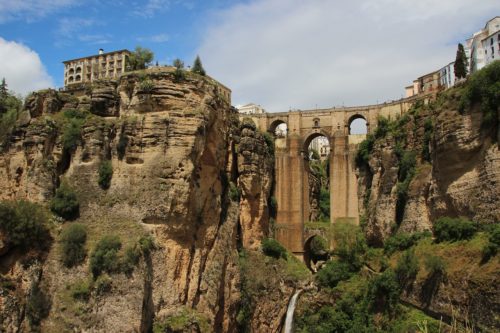 Ronda is located about an hour from Marbella and during the trip we can enjoy splendid views as we move away from the coast to get into the protected natural areas of the Sierra de las Nieves and typical fir forests of this area. Beautiful towns and white villages of this region are Alozaina, Casarabonela, El Burgo, Guaro, Istan, Monda, Ojen, Ronda, Tolox and Yunquera.

In the spring we can marvel at the almond trees blossom; in the early months of January and February bloom these first flowers while we can still see maybe snow at the summit of 1900 meters, hence its name (Snowy mountain range).

The Genal Valley, to the west of the province, is a region that stands out for its abundant water and chestnut forests. This journey is especially beautiful in autumn when the leaves are tinged with colour, and to make a stop in one of the villages on the way to sample the famous roasted chestnuts.

Villages of the Genal Valley are Igualeja, Pujerra, Parauta, Cartajima, Juzcar (famous as the “Smurf Village“), Farajan, Alpandeire, Atajate, Benadalid, Benaulauria, Algatocin, Gaucin, Jubrique y Genalguacil. All these villages date back to the time of the Moorish kingdom of Al-Andalus and have in common their whitewashed walls and steep, narrow streets, typical of the mountains. 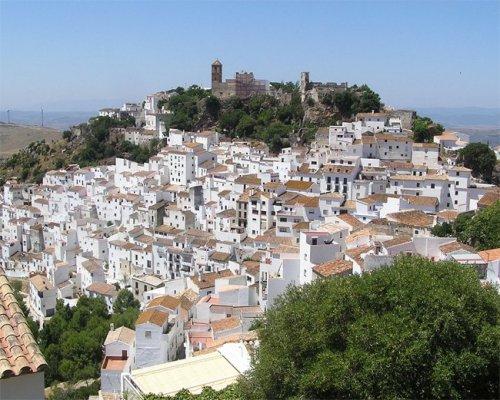 Also an hour from Malaga and traveling along the green orchard of the province following the river Guadalhorce, we get into Guadalhorce Valley and Guadalteba, the impressive Gaitanes Gorge and the Guadalhorce reservoirs will welcome us with a beautiful turquoise blue colour, the perfect moment to take unforgettable photos.

To the north of the Guadalhorce Valley and before arriving to Cordoba is the region of Antequera. Throughout history, this area has been an important enclave that linked the north of the peninsula with the coastal area of Malaga.

The Antequera region is made up of the towns of Alameda, Antequera, Casabermeja, Fuente de Piedra, Humilladero, Mollina and Villanueva de la Concepcion.

The region will not only astonish you with its great megalithic monuments but also with its beautiful natural spaces such as the large rocky formations of Torcal de Antequera or the Fuente de Piedra Lagoon, a unique wetland in Andalusia.

Another well-known region of the province is La Axarquia, situated on the eastern Costa del Sol and bordering the province of Granada, about an hour from Malaga. Here you can find the Natural Park of Sierras de Tejeda, Alhama and Almijara, being the highest peaks in the province with over 2,000 meters with spectacular views.

This area has a strong Muslim heritage, with white villages scattered along valleys and inaccessible mountains, preserving the trace of the last Nasrid strongholds in Spain. 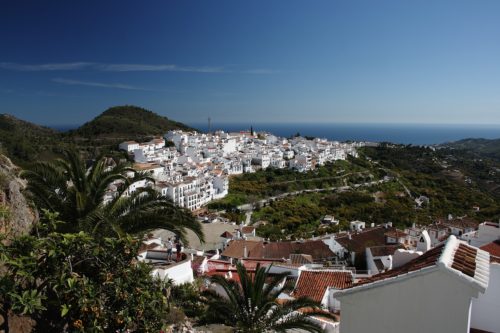 The mountains protect the coastline, resulting in a subtropical climate with fertile land and production of tropical fruits. Nerja, the best known coastal town of the Axarquia, is famous for having the mildest climate in Europe.

Villages of Malaga are another option to consider when you are planning your next holiday.