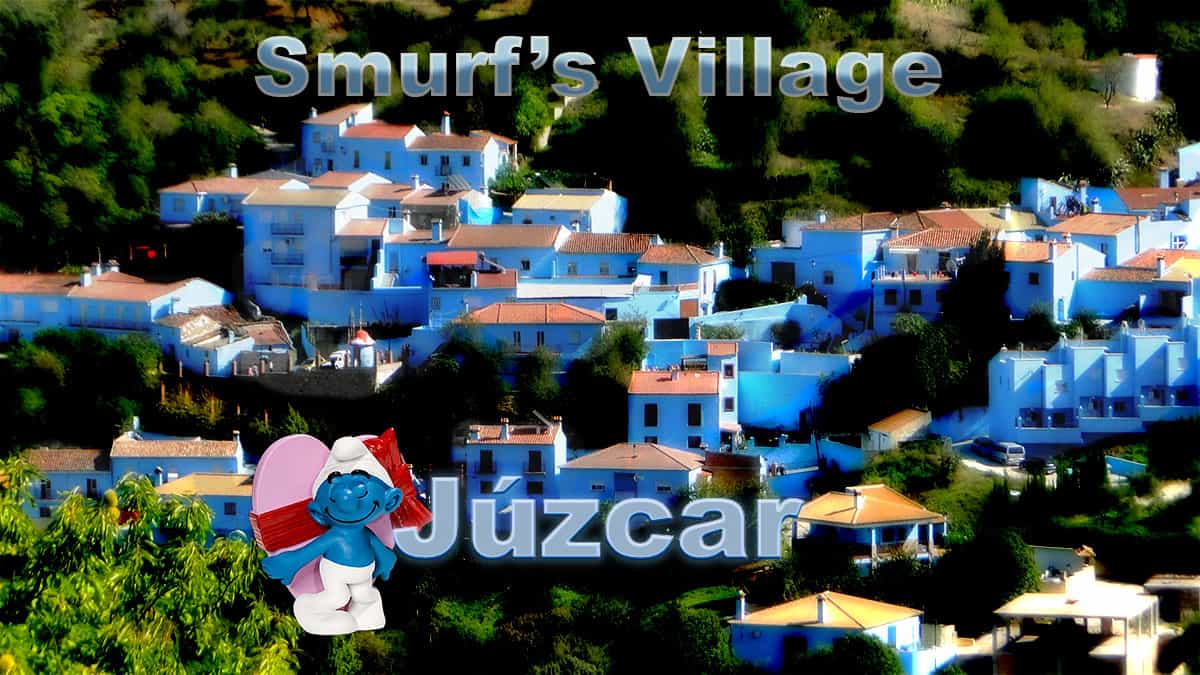 Do you know the Smurf village? Yes, it really exists, it is called Júzcar and it is located in the picturesque Serranía de Ronda, in the interior of the province of Malaga. This small – and not so long ago – typical White Village, was declared the first “Pueblo Pitufo” by Sony Pictures.

For the world premiere of the film Los Pitufos the whole village was painted blue.

But in this article we want to bring you closer other less known municipalities: Small villages hidden in the mountains that go completely unnoticed and where we can still find typical Andalusian traditions and architecture. We invite you to discover these places located in a beautiful natural setting, less than an hour from the Costa del Sol.

From the Highway A-7 take in San Pedro de Alcantara the exit to Ronda (A-397). On the road to Ronda we penetrate into the interior, gaining height and saying goodbye to the coast with fabulous views. Continue for 35 km along this road and then take the secondary road MA-7306 to the left that leads to the villages of Cartajima and Juzcar.

Cartajima, a tiny village of just 250 inhabitants, is the highest village in the Serrania de Ronda, located over 800 meters above sea level, surrounded by vast forests of chestnut trees. This Moorish-style white village has exactly one bar, a tobacconist and a bakery / shop, which to the author seems rather peculiar, striking and charming. 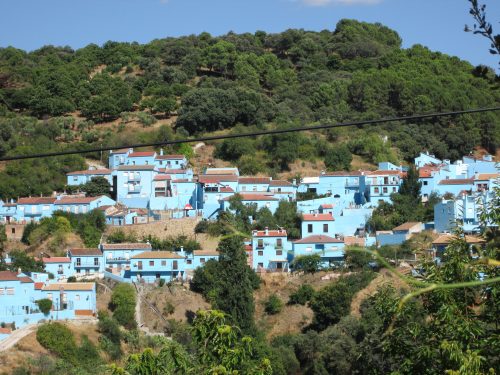 About 5 kilometres from Cartajima is located Juzcar; this until recently white village has become quite popular now as the “Village of the Smurfs“: There was made the film of Smurfs and on the occasion all households were painted blue; through a referendum, the town’s residents voted to keep the blue and since then the town is receiving a dramatic increase in visits.

Also from Juzcar we can enjoy magnificent views over the valleys full of oak and chestnut. From San Pedro de Alcantara the villages are less than 50 km away. It’s a nice route for a day trip to get to know some “lost villages” and the magnificent nature of the interior of Malaga. Enjoy!

One thought on “Júzcar: Visit and discover the Smurf’s Village in Malaga”