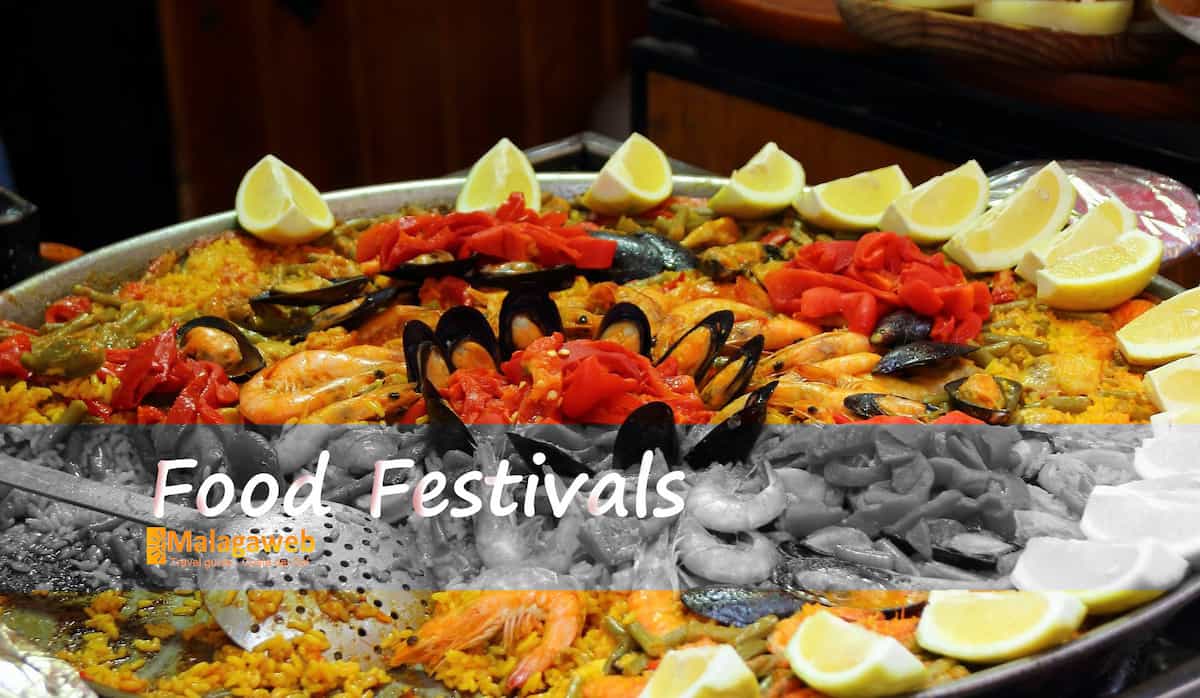 Malaga province has a long tradition of culinary culture which is resulting in more than 30 culinary festivals of declared touristic interest for their color and flavor.

So in the province there is a wide variety of cuisine. It is based on a quality raw material and using the typical products of their municipalities to prepare delicious dishes.

We will review these villages and their unique gastronomic festivals. Their approximate dates can vary slightly each year.

The Fiesta del Tostón (roasting chestnuts with family and friends) on 1 November in Ojen (Marbella ).

In Guadalhorce Valley: Día de las Sopas Perotas (typical soup of the region) the first Saturday in October in Alora.

Orange Festival in May in Coin, which markes the end of the harvest of orange and Olive fair in mid-September in Alozaina which marks the beginning of the olive harvest.

In the area of Guadalteba: Asparagus Day in late April in Sierra de Yeguas.

Ham Fair on  November 7 in Campillos.

Antequera: The Fiesta de la Zanahoria Morá (a very unique vegetable that is grown only in the Genil area).

September 26 in Almogía and the Goat Fair in late September in Casabermeja.

Chestnut Festival on November 1 at Pujerra, the place where are probably produced the most chestnuts in Spain.

Food Fair (with typical products) over the last days in February in Benarrabá.

Raisin Day the third Sunday of September in El Borge.

Moscatel Grape Day the first Saturday of August in Iznate.

Día del Caracol (snail) in Riogordo by the end of May.

Loquat day on the first Sunday in May in Sayalonga.

Country Fair in the second half of April in Benamargosa, highlighting the baticate, an avocado shake.

Other gastronomy festivals in Malaga

Furthermore, there are the Fiesta de las Migas (a tasty dish made with breadcrumbs) the Sunday before Christmas in Torrox.

Feast of vintners on the first Sunday of September in Moclinejo.

Fiesta del Gazpacho (the most popular cold soup in Andalusia) on the first weekend of August in Alfarnatejo.

In Colmenar is outstanding the Grape and Chacina Festival which takes place on Sunday in the second week of December.

Wine Night on August 15 in Competa.

So throughout the whole year you can find in the province of Malaga a town or village that celebrates its typical gastronomic festival. There are usually free samples of food.

It is a great idea to spend the day discovering the villages of Malaga and its surroundings.

Malaga is one of the Spanish provinces with more gastronomic festivals was last modified: February 2nd, 2022 by Raúl G.T
Comparte este artículo: