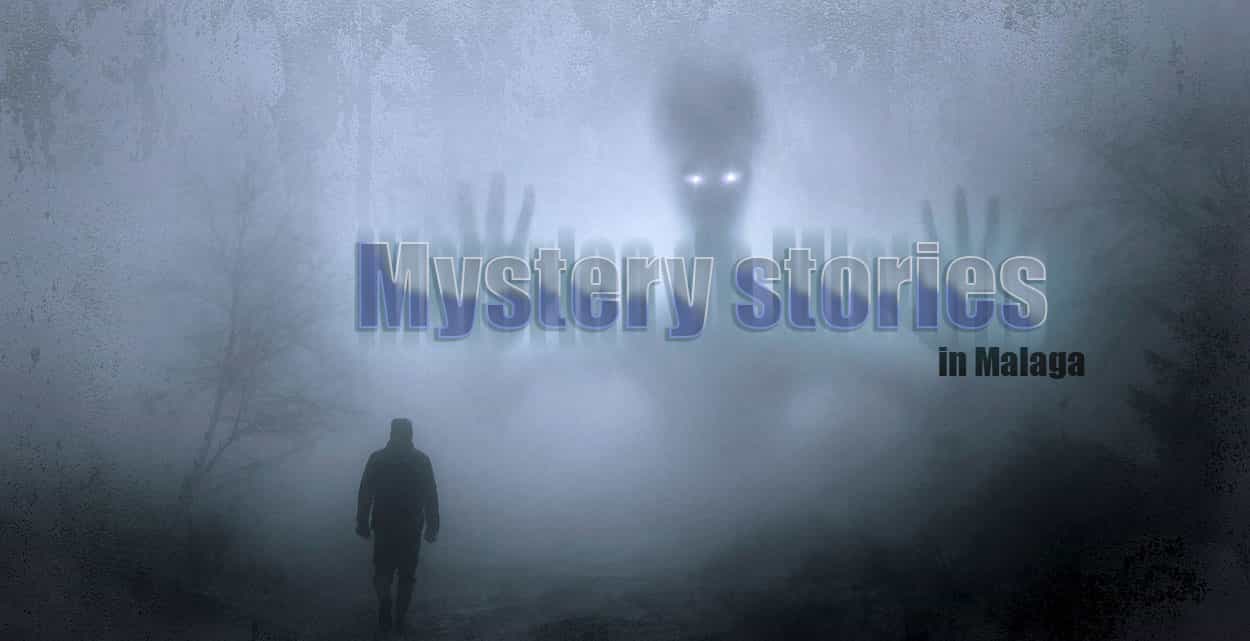 If you’re looking for nosleep ghost stories or mysteries in Malaga, here you’ll find some of the most curious and scary. These stories have been the subject of years of research and the key that sheds light on their mysteries has not been found.

There’s nothing better than Halloween eve to read horror stories and mysteries in Malaga. Will you join us in discovering them?

The monster of Alta Street in the capital of Malaga 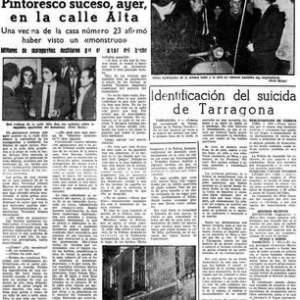 This story has reached our days as if it were a legend. The event that has been told from parents to their children  occurred on February 4, 1966.

According to the article to which I have had access, a neighbour of number 23 of Alta Street in the centre of Malaga yelled  that she had seen a monster.

Neighbours and those passing by who came to her yell asked amazed:

The neighbour responded in shock:

A monster in Malaga?

The house where the mysterious being was supposed to hide was an empty and ruined building. The neighbours decided to break down the door of the abandoned building and investigate inside; without luck, because they found nothing. Some attributed the vision to an animal, probably a lost domestic monkey or a large cat.

There were those who said they heard a noise and saw a shadow move quickly. What did this lady really see?

Two days after the event, a journalist interviewed the protagonist of the story. She was still in a state of panic, unable to sleep or eat.

Where did this happen?
https://goo.gl/maps/RFCYW34kfNR2

The legend of the ghost of the Alcazaba

One of the most mysterious and ancient stories of Malaga took place in the Alcazaba. In the past, in its interior there were low class houses, known as the Alcazabilla area.

The story begins in the summer of 1936, during which excavations were being carried out in La Alcazabilla. Small figures were found with elongated nose and hat. They identified them with the elves from the stories told to the children at that time. Would they have anything to do with what happened next?

The photo on the right shows what the entrance to the Alcazaba was like at that time (the most current image at the foot of the article).

After sunset and on her way home, a loud noise startled one of the neighbours. She looked up and could see a large shadow. She felt observed, the shadow was in one of the ancient fortified towers. The woman, in shock, told about it to other neighbours and they went out to see what was going on. All of them witnessed such a dark apparition. The figure, after being observed, disappeared, not before dropping a stone at the feet of the neighbours who had gathered there. They continued to discuss the event until late at night, it was something extraordinary.

The next day and around 11:00 a. m. a rain of stones started. The origin was not clear but many neighbours said that most of them came from house number 24, abandoned after the death of its last tenant.

The rain of stones lasted all day long, at nightfall that mysterious figure returned to the scene. This time there were sounds of lamentation and chains as attested by those present. The neighbours fearfully decided to go after that strange being, but it disappeared.

Another day passed and the next morning the rain of stones returned. The phenomenon wounded 3 women who were there. This time and with the threatening face that the events were taking, the neighbours decided to raid the abandoned house from which the stones were supposed to come.

They threw the door down and as they entered, they saw that the keys were locked from the inside and there was no hole large enough for a child to escape, which would exclude the presence of someone physical. The belief that it was a ghost was gaining more and more followers.

A ghost in Malaga?

With the door ajar after the attempt to hunt the menacing creature, there were many curious people who looked out. This was the case of Jaime Morales, a boy who, to show his courage in front of the group of friends, decided to enter the house alone. This kid affirmed seeing the ghost, said he was dressed like a normal person. The boy wanted to reach him but received a brick while the figure fled through a window. This window was not large enough that no one could pass through, which added even more mystery to the story.

Finally, the event took on importance to the point where the guards went to the site to search the whole place. They couldn’t find anyone or anything suspicious.

The ghost stopped appearing and became part of the many legends of Malaga.

Nowadays, and with a completely reformed environment, there are still security guards who claim to be witnesses at times of a dark figure that walks around the Alcazaba and gets lost behind the corners, noises of stones that seem to be thrown and screams that resound in the silence of the night without a concrete origin.

Will the ghost of the Alcazaba still visit the place? Would it be the former neighbour already deceased, someone linked to the past of such an imposing monument that refuses to leave, or the joke of some boy who never was caught? 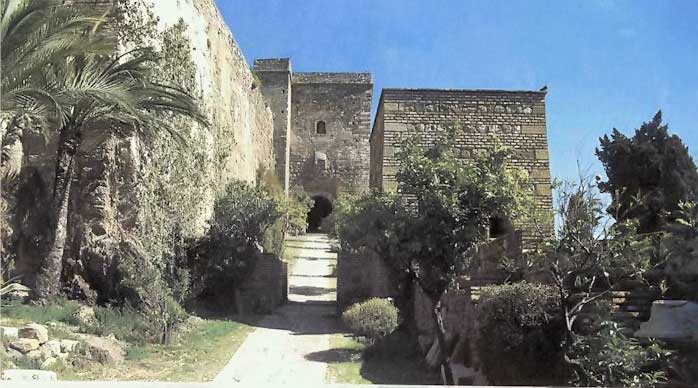 In this famous street in Malaga you could find the offices of the well-known publishing house Plaza & Janes. Nobody could have expected that this place would become part of the mysterious stories of Malaga in 1991, but so it was. We are going to know a little more about the case and why many Malaga residents remember this event with intrigue and curiosity.

María Luisa was a worker who, like every afternoon, went to a place close to this publishing house to have coffee on her break. As he said she could hear loud noises of furniture and books falling to the ground coming from this publishing house. This surprised her because they had not even opened yet, although she didn’t think much of it. She didn’t know what was really going on inside the house.

What happened inside the publishing house?

It was June 6,1991, several employees were meeting inside. As they testified, things began to happen that no one could explain. They saw all the furniture moving from one place to another and the objects flying out. Ashtrays that violently exploded into a thousand pieces when they reached the wall and even a knife could be seen stuck in a subsequent visit.

Employees rushed away from such a sinister spectacle as a multitude of objects rushed into them, from staplers to pens.

Maria Luisa, who was inside the cafe, could see the multitude crowding in front of the editorial. The curiosity made her come out and see what was going on and she could see how the workers came out of the interior terrified, that it was totally chaotic, as if it were an earthquake.

Over the years, the editorial vanished and many businesses passed through this building, including the VANS store. As they commented, workers of the same one have experienced diverse events without explanation, falling of objects, sensation of a presence… but nothing comparable to what happened in the editorial Plaza & Janés.

There are witnesses who affirm that the police went to the place, however they say they do not find reports that prove the participation.

Without a doubt something happened in that Malaga editorial.

The case of the murdered child

It was 1913,6 pm and Manuel Sanchez Dominguez was playing like so many other days in front of the Pascualini cinema doors, in Calle Cordoba.

Manuelito, as he was affectionately called, had two brothers, one too small that had to stay with his mother and the other who was not with him at the time of his disappearance. It was not uncommon for Manuelito to sneak into the cinema occasionally to see a movie, but he was never coming back too late.

Time passed and Manuelito did not return. The parents, who had been selling hazelnuts in front of the cinema, alerted the guard. It was not normal for him to be absent for so long, and as the night fell, fears that some tragedy might have occurred grew stronger and stronger.

They find the body

Three days later, children playing in the swamp would find the dead body, he had a cut behind one of hir ears and it looked like his blood had been drawn. 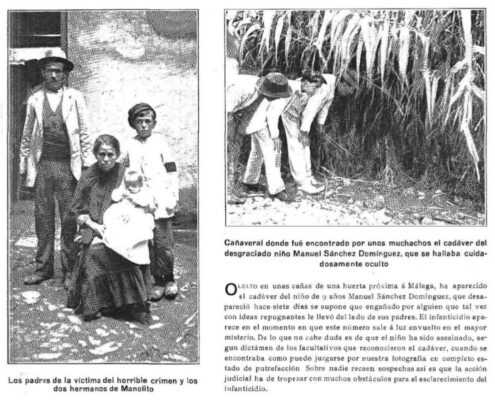 Time passed without further news, it was a few months in which fear had taken over the families. It seemed dangerous for the children to go out alone for playing in the street.

After 6 months without any hint, police received a tip of someone who had been talking about the case in a tavern while drunk. He was captured and through him they reached his accomplice, it was’ El Moreno’ and ‘El Trapero’. They both ended up confessing the murder and also claimed to have been paid a large sum of money. it was a request from someone for bringing the blood of a child to a meeting point where they saw only a black carriage. Both were sentenced to death, but the person from the black carriage was never caught. 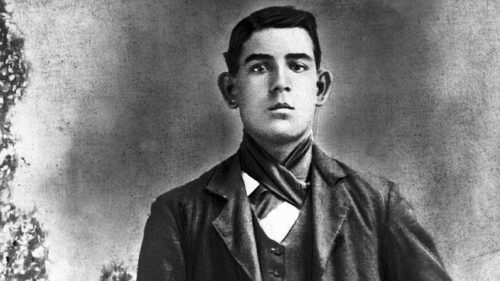 The belief that drinking a child’s blood could treat illnesses such as tuberculosis was widespread among the upper classes of the day. They were also the only ones who could afford to pay the high prices that certain illegalities cost and, as happens today, they were one step ahead of the law. Rumours in this case point to the fact that the wealthy aristocrat involved was the bullfighter Rafael Gómez Brailey, who suffered from this disease and died by the end of the same year.

These are just a few of the many stories that exist in Malaga, a land of mysteries. Next Halloween if you like I’ll bring more and insert below.