In the steep and narrow streets of this village of Malaga one finds the ruins of a castle dating from the Muslim era. The castle is situated on the hillside at an altitude of 900 metres. Another pretty building is the parochial church of Santo Cristo de la Cabrilla which was built in the 16th century on the highest ground in the village. Rebuilt in 1977, the church has two naves separated by semi pointed arches. The square tower is mainly built of bricks and rubble. 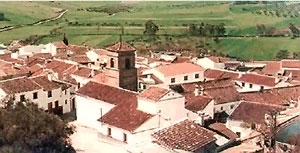