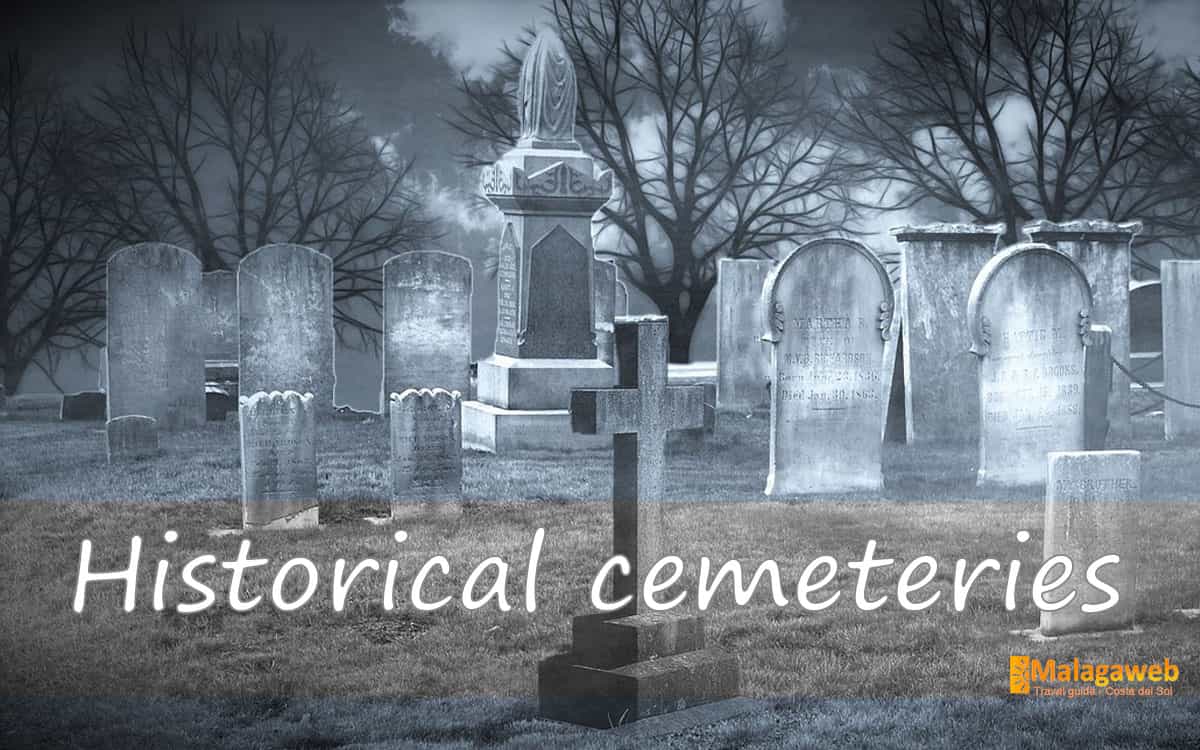 Malaga has an enormous amount of places to visit, but surely a visit to a cemetery wouldn’t even cross our minds during our stay…a cemetery isn’t exactly a touristy place, and we generally wish not to have to visit one while we’re alive…however, we’ll find not one, but several cemeteries in Malaga that are well worth a visit as they’re declared cultural value.

It’s the oldest protestant cemetery in Spain and also known as the ‘cementerio de San Jorge’ (St. George’s cemetery), built as from the year 1821 for the British merchants that arrived at Malaga willing to make a fortune, and the truth is that Malaga had great commercial importance in the 19th century. 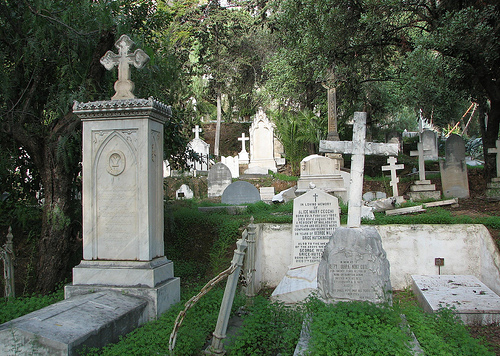 Many of the English merchants that arrived to the province were protestants, and back then, most of those burials as they weren’t catholic, were done on the beach at night. This situation remained until 1824, with the arrival of William Mark, the new British consul, when they began the construction by the sea of what we now know as the English Cemetery (Cementerio Inglés).

In first place, we must highlight the cemetery’s first patio that has a great monument dedicated to the family of the British consul. If we continue walking and we reach the second terrace, we will come to a funerary monument in honour to the marines of the Gneisenau Frigate, a ship that sank just off the Malaga coasts around the year 1900 and the remains of the poet Jorge Guillen.

In the area of the primitive cemetery we’ll find the oldest graves covered with shells. One of the first graves there belonged to Robert Boyd, a young man who was executed on the beaches of Malaga in 1831 for defending and participating economically in the defence of freedom. In that same area of the cemetery we’ll also find the remains of the British writer Gerald Brennan and his wife.

The entrance is free, but we do recommend you leave a donation to support the cemetery’s maintenance. There are guided visits during the day and at night that began to be offered not long ago.

Today, this cemetery is also a botanical garden, although the thing that most draws our attention is the amount of old and artistic graves that we’ll find there, with different styles from the neo-gothic to the modernist.

There use to be Halloween activities or special events during the White Night in Malaga.

To know more about the English cemetery: https://cementerioinglesmalaga.org/en/ (Spanish) 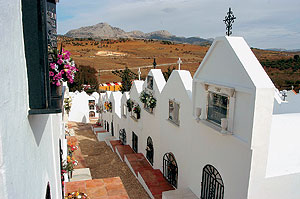 Planned as a small typical Andalusian town, the cemetery of Casabermeja is built with its streets and squares.

Declared as cultural interest and built during the 18th century, it’s undoubtedly worth a visit to explore its white narrow streets.

This is yet another aspect of Malaga and its history that not everybody knows about.

The particularity of this cemetery is the circular disposition and the mason symbols in the construction. One of the most important symbols is the octagonal plant which gives the place a unique identity, but there are many more symbols yet you can find out.

The possible construction date is from 1840 by the same architect of Malaga Cathedral. The constructor was probably mason, which could be the reason behind leaving the mark in the cemetery.

Will there be more hidden secrets inside? 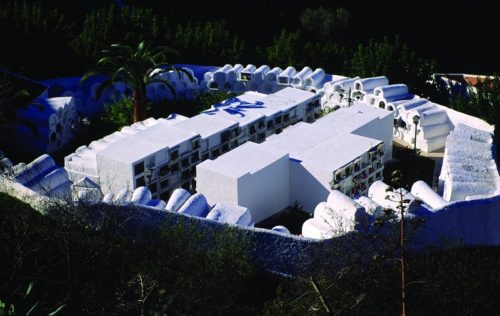 This cemetery, close to Malaga city centre, is one of the main monumental cemeteries in Spain. It has been the main burial-place since the 19th Century. 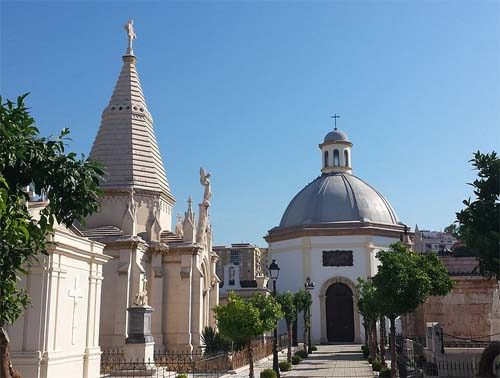 The construction of this cemetery as well as many others was result of the prohibition at the end of the 18th century of using the churches and convents as burial-place for the most wealthy class. Since then they worry about giving a more monumental look to the place where they will rest for the eternity.

If you like architecture and sculpture, this cemetery is a recommended visit.

Among the most featured pantheons from this cemetery

Where to find the San Miguel Cemetery: https://goo.gl/maps/7p35Qv3tif12

This is a small white village of Moorish origin that you should not miss when visiting the province. It is here where you will find the Hediondo Roman Baths and remains from a past that have survived until today.

The Casares Cemetery is within the walls of an ancient Andalusian fortress. The main characteristic of this cemetery are the white graves in a rounded distribution surrounded by the typical town villas.

This cemetery is located within the walls of an ancient fortress. The Andalusian fortress was built over the remains of a roman one that was also built over a Phoenician one. Without any doubt this was a very defensive location that everyone wanted to take advantage from. This advanced defensive power made very complicated its conquest by Christian armies.

On the own fortress entrance did happen a success that became a legend, it is known as the Romance of Alora and can be read on a plaque placed next to the entry.

Without any doubt Alora Cemetery  has a great historical weight that you can breathe in the air.

This cemetery is mixed with the history and environment of this municipality. It is located within the walls of a roman fortress. The surrounding walls have been witness of the passage of time from a privileged place.

The castle was built during the 2nd Century because of the need of a defensive fortress due the growing commerce with Seville and Algeciras. Visigoths, Arabs and Catholics occupied it contributing with different reformations. Finally it was adquired by the hometown in the year 1821. It would end becoming the municipal cemetery until today with around 300 graves.

The castle area is also used for the celebration of the popular festivity ‘Moors and Christians’ celebrated the 26th of August for 2 days. A theatre representation of a warlike legend happened in 1501.

Something from Malaga’s history not everyone knows.