The new edition of the International People’s Fair in Fuengirola will take place from 27 April until Monday 2nd of May (‘Feria Internacional de los Pueblos’ in Spanish).

There will be representations of more than 30 different countries; among those countries you will be able to find stands from Italy, Senegal, United States and some Spanish regions like Navarra or Canary Islands among many others. In 2018 featured the new stands of Puerto Rico, South Africa and Ukraine. 2019 was the turn for Canada and Estonia. In 2020 for the first time appear Romania and Sweden and in 2022 the name of the fair is now “Feria de los Países” or ” Fair of the Countries”

The city of Fuengirola is not only one of the most popular tourist destinations on the Costa del Sol, but also has many foreign residents from all corners of the world. With the intention of making known the customs and traditions of the inhabitants of this multicultural city, this event was born in 1994 and over the years has become one of the most popular and colourful events, both regionally and nationally with almost one million visitors.

In addition to common activities such as the parade of participants, each country has its own program of activities that offers concerts and free dance shows, craft markets and of course the typical cuisine.

This Fair in Fuengirola is an ideal place where meeting the culture and gastronomy of other countries and regions, will you miss it? 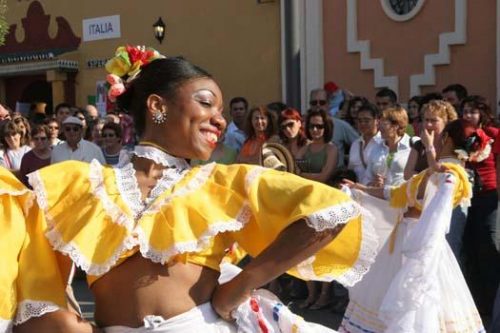 The International Fair will open from 1 pm until 4 am, stands will be open at least until 1 am.

International People’s Fair begin 27 April and will last until 2 May.

The parade is on Saturday 30th of April.

11.30 am: Fair Parade with more than 1000 participants and the following itinerary:

1 pm: Opening of the stands for the Trade Fair until 4 am.

The stands at the fair are open all day from 1pm to 4am; some may close at 1am.

The Live Fuengirola app is available for both Android and IPhone with a map and events calendar.

The following countries will be present in the People’s Fair. They all will bring their culture and gastronomy for the enjoyment of the visitors: 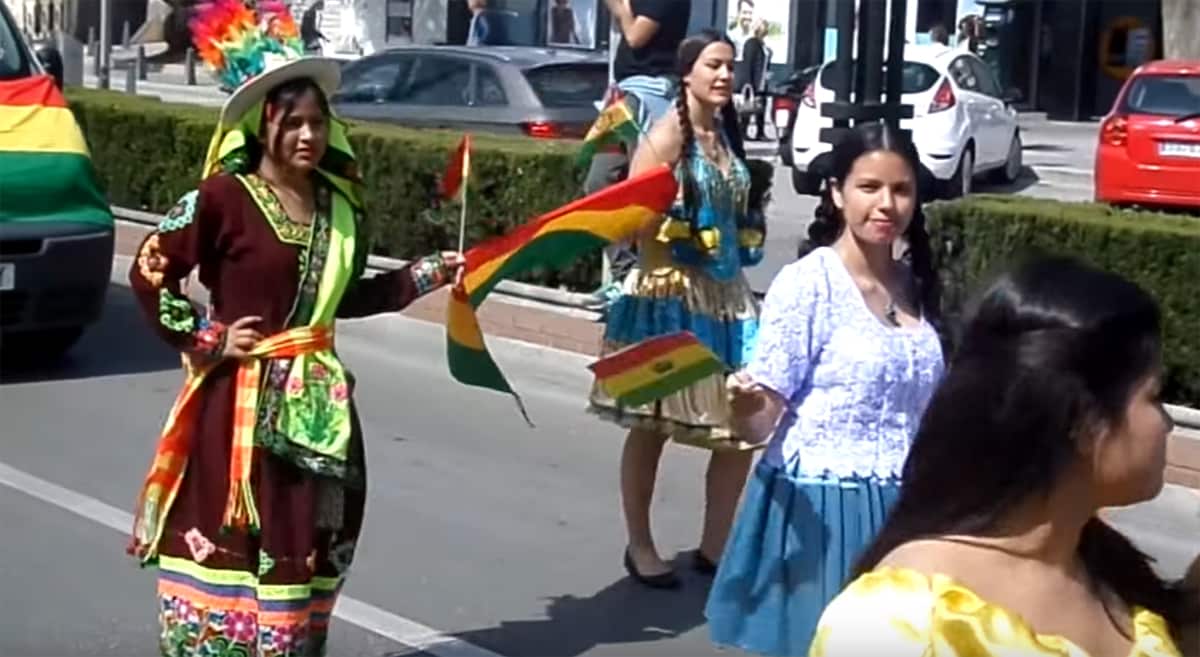 How to get to the Fairground in Fuengirola

The International People’s Fair is at the Fairgrounds so you must follow the direction to Fuengirola, if you are getting there by train you can stop at  Los Boliches train station, the one before the last one.

From the municipalities of the Costa del Sol you can get to Fuengirola by the Mediterranean Motorway A-7 and the National Road N-340. It is also possible to reach this town by bus from Marbella and Mijas and by suburban train from Malaga, the airport, Torremolinos and Benalmadena among others.

For more information and a map you can check the official PDF program at:

How to apply for the International Fair

Do you want to represent your country or region in the Fair? There are some requirements you have to present with your project before the year when the Fair is celebrated.

More information about requirements and application form in Spanish:

All about International People’s Fair in Fuengirola in 2022 was last modified: March 17th, 2022 by Raúl G.T
Comparte este artículo: