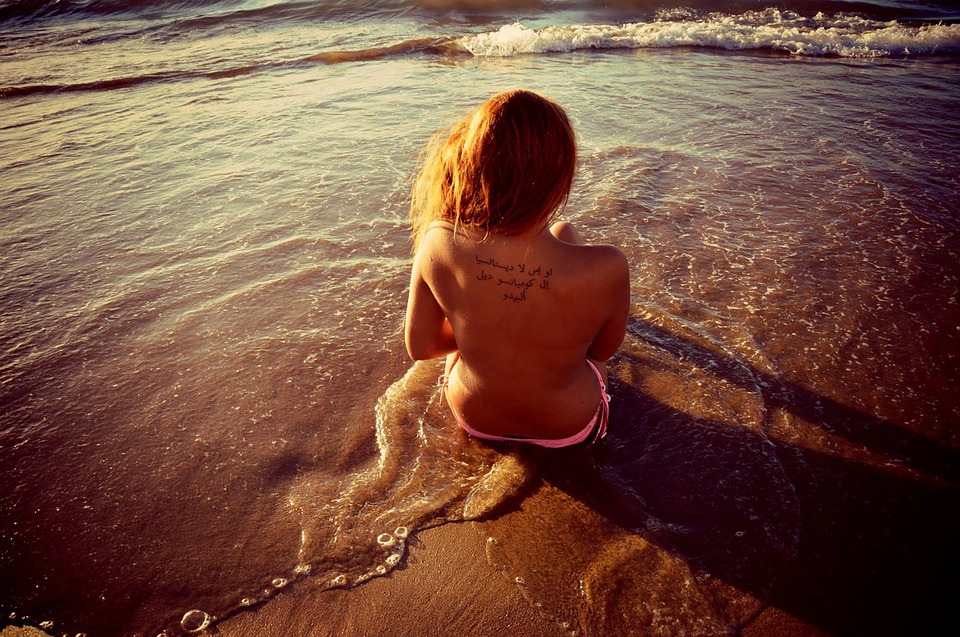 Anyone who has experienced the Terral wind in Malaga knows this phenomenon very well, a hot wind that make us think about different ways to cool us down.

The Costa del Sol just went through these hottest days of the year, so it is a good time to talk about this hot wind and propose some cool ideas.

Let’s analyse why it happens and what effect it brings in addition to the big increase of the temperature.

What is the Terral wind?

The Terral as known in Spain is a northern wind which reaches higher temperatures as it gets into the province.

In the UK this kind of wind is known as Helm Wind, Favonio in Italy, Foehn in southern Germany, Austria, France and Switzerland and as Chinook winds in the United States.

Why Terral occurs in Malaga during the summer?

Contrary to what many people might think the terral in Malaga is caused by cold air from the north passing through the mountains surrounding Malaga. This wind suffers a rapid increase in atmospheric pressure which it compensates with the loss of moisture and an increment of temperature.

The warm wind once reaching the coast displaces the water from the surface to the off-shore so that the cold water rises from the depth. That’s why the sea water is freezing during the Terral days.

Terral days temperatures in Malaga may increase up to 10ºC making those days the hottest days of the year. The interior villages like Ronda or Antequera use to experiment colder temperatures than the areas next to the coast.

Terral wind affects a small region of Malaga and it is felt much less in the more remote municipalities.

Different than terral this wind comes from the South. Something that you might not know is that Africa is the largest source of dust, up to 70% of the world dust is from here. Every time you clean the house you will remember this continent, although not everything is this bad and this dust provides mineral nutrients to both the land and the sea. 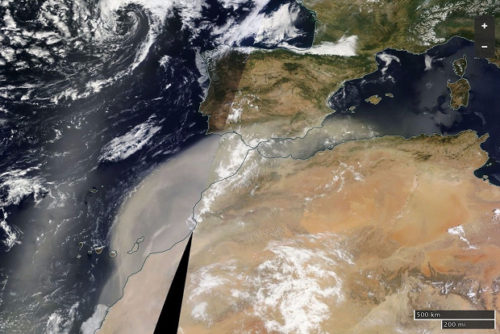 When does Terral happen and for how long?

Already wondering about how long does it take to disappear? Don’t worry, it usually occurs quickly and it goes the same way, the duration is usually no more than 2 or 3 days. For example in 2016 the hotter Terral days occurred on 19 and 20 August.

Are there Terral days during the winter in Malaga?

Terral days during the winter in Malaga are fairly common. While in northern cities or even other much closer cities in Andalucia next to the coast, the temperatures drop in winter, Malaga can enjoy a mild temperature that make you able to keep the winter coats and blankets for a longer time.

6 ways to cool down when it’s too hot outside

A Terral wind day will break with your plans, specially if they included walking outdoors or strolling the city. Let’s see some ways to cool down when it’s too hot.

1. Beach or pool are more than recommended locations for those days, remember to bring the umbrella and plenty of water.

2. Making your own homemade iced drink is a tasty way to keep you cool. 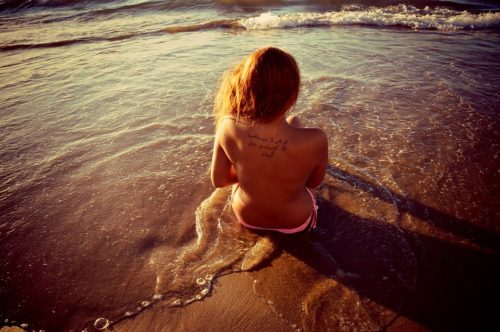 3. Do you enjoy reading? It is an ideal moment to read under an umbrella shadow with an ocassional swim.

4. Refrigerate your favourite fragrance and use it, it will feel good.

5. Shopping is another option, malls are air-conditioned spaces. You can take those days for buying some gifts or souvenirs.

6. You can also go to a water park, what is better than having some cool fun. Enjoy slides or the wave pool in a water park.