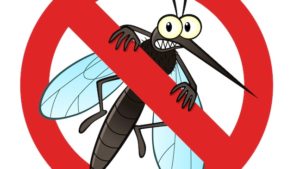 Who is not bothered by those pesky insects? want to know how to avoid mosquito bites? Nothing worse than being in bed after a long and lazy day during your holiday and notice when you are about to sleep an annoying buzz of a mosquito around your ear.

Sometimes they may seem they do it on purpose as they had an annoying intelligence. When you turn the light on you never find them out but turn it off and they come fast to annoy you again. Even worse … when you get rid of one another appears as from a queue for annoying your sleep.

The new variety known as tiger mosquito is more likely to sting multiple times in a row even during the day… better get rid of them as soon as possible.

Why mosquitoes always bite me? Facts 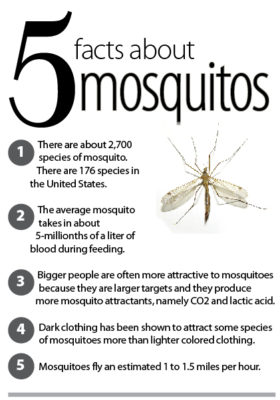 Sometimes we have a friend or our partner sleeping next to us who never get bitten by mosquitoes or much less than us. What keeps mosquitoes away from biting you?

There are several reasons that can cause this situation and I will try to give you a solution:

Is mosquito in Malaga or Spain dangerous?

The other night my wife killed one mosquito and texted me worried, even asked me to check the victim. She is from Indonesia where mosquito is dangerous in fact,  it can spread dengue fever and other dangerous viruses. After her first year living in Spain she just found here they are harmless.

They have found that Tiger mosquito can spread dengue, zika or chikungunya virus; this fact is common in any European country. Don’t worry, for it to happen the mosquito has to bite first someone with that disease that is not common in our territory.

There is not known cases yet for a contagious disease from mosquito in Malaga.

As personal note, when I travel to countries that in fact are dangerous I just take the common measures against mosquitoes and never had a problem; just continue reading to find them out.

In Spain you can find 3 different species of mosquitoes, one of them is the Anopheles that is usually near clean waters. It tends to bite during the night and prefers the dark clothes.

Another type of mosquito is the tiger mosquito, an invasive specie that is not endemic to the country and can bite during both the day and night. Water from terrace or flower pots are their favourite places to grow. They differ from others by its scratched body. This type of mosquito is quite aggressive so they can bite successively.

The common mosquito that is usually found inside houses has a low aggressiveness and usually bites during the night.

There is a new mosquito, the Aedes japonicus, that has been found in the north of Spain (Asturias) for the first time in 2018. It is similar to the Tiger mosquito, but brown and bigger. This mosquito is capable of transmitting the West Nile Virus but is reluctant to bite humans and not present in the rest of Spain. This mosquito from Asia use to live in forest areas and is already established in countries like France, Belgium and the United States.

How to prevent mosquito bites

The best way to avoid being disturbed at night is to prevent, there are several ways to do it:

Use mosquito net for bed in summer 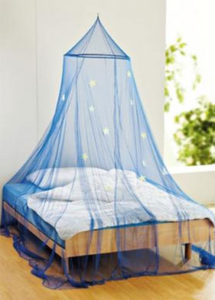 Sleep with a bed mosquito-net to protect us from insects is perhaps the most convenient method, you can even make fun of them from the other side and sleep with the window open.

There are all advantages and one has the feeling of revenge, because you know they want to bite you, but they can not.

In Amazon you can find a recommended mosquito net: https://amzn.to/2u3FumT

There are also mosquito nets for windows that you can find from the link above.

Use a mosquito repellent to avoid mosquito bites is another option, indeed quite effective though not as much as the bed-net.

You can buy it in any supermarket or pharmacy and it just needs being applied before bedtime. It provides protection for a few hours … although being honest, I have never been bitten by a mosquito after using it, but the smell might be unpleasant for some.

I recommend using it mainly on your exposed body without forgetting ears and face and be generous. When using not much the effectiveness and duration will be much shorter.

There are 3 kinds of repellents:

This method is not to avoid mosquito bites but to kill them. I’m not used to this kind of measure because when I turn the light on, they turn invisible.

A deet free one with natural ingredients: https://amzn.to/2uxvzYO

There are different kinds, I have used the interior one and it worked fine but it is not 100% effective. They attract any flying insect and kill it.

How to avoid mosquito bites naturally 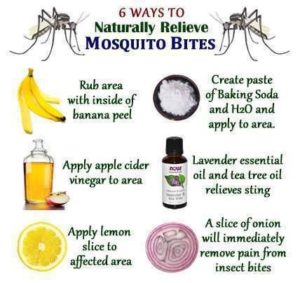 You can use plants and natural repellents against mosquitos to avoid them at home.

If the problem with mosquito is at home you should try any of the following plants that act as a natural insect repellent :

In addition there are certain carnivorous plants that can make us a big favour by eating that and other pesky insects.

*Update: After more than 1 year with Citronella, I can say it doesn’t work, at least in my open terrace.

Drinking wine before sleeping to avoid mosquito bites, does anyone know if this is true?

Do you have suggestions for preventing mosquito bites? Share them in comments.

17 thoughts on “How to avoid mosquito bites in Summer”