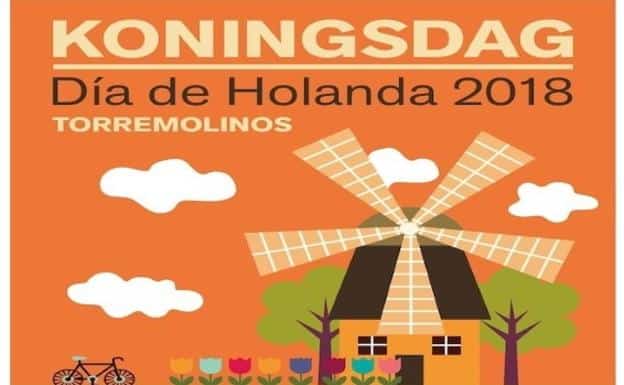 There are approximately 700 Dutch residents in Torremolinos and many of them will celebrate the Koningsdag. In 2017 around 220,000 tourists decided to visit this municipality. La Carihuela has historically been the favorite place for many of these tourists. During my adolescence many of my friends were Dutch, so I can corroborate their presence on our coasts.

If you’ve been around La Carihuela, you’ve seen how much fun the Dutch have as a group. There is a large resident and tourist population arriving every year. They hardly need a reason to party and have fun; their vitality and good humour are contagious.

King’s Day or Koningsdag is celebrated every year in Netherland, on April 27th or 26th if the 27th falls on a Sunday.

What is the Koningsdag?

But what is the Koningsdag? Is it something for eating or drinking?…jokes aside, the Koningsdag is an important Dutch celebration that has its roots in the late 19th century. If you continue reading I will try to let you know everything about it so you can explain it to whoever you want to go with to this event in Torremolinos.

King’s Day or Koningsdag is celebrated every year in Netherland, on April 27th or 26th if the 27th falls on a Sunday.

Since 1885 it had different names and is usually adapted to the royalty of the orange country:

Prinsessedag (Princess’s Day): In honour of the fifth birthday of the Crown Princess and was first celebrated on August 31, 1885. It would be called Queen’s Day after her accession to the throne.

Koninginnedag (Queen’s Day): There was a change of date to the then queen’s own birthday on 30 April. This was the official date since 1949.

Koningsdag (King’s Day): The Queen’s successor kept the date of the celebration. In 2014, however, the date was brought forward 3 days after her son’s accession to the throne, and it was renamed King’s Day.

We can guess that the date will be different in the future.

Activities during King’s Day in Torremolinos 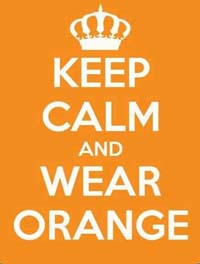 You have to wear orange that day. In the Netherlands it is very popular to find second-hand street markets (‘vrijmarkt‘), during this day they don’t pay taxes for selling on the street. You can forget about this activity in Spain, but there are many other activities that may be of interest to you.

King’s Day means a lot of partying and fun, the Dutch are famous in Torremolinos for having fun. We can expect a square on the promenade decorated in orange colour. There will be crowded Dutch bars, lots of typical music, Dutch food, a market for Dutch handicrafts. There will be also typical gastronomic recipes, Dutch music shows and guest DJs.

When does the Dutch Day take place?

It takes place on 27 April every year. When it falls on a Sunday, it goes to the 26th.

In Torremolinos the event will take place on Friday 27th April 2018 from 15:00 to 20:00 hours….although I am sure that many will be celebrating until the early hours of the morning.

If you are Dutch and thinking in a special celebration outside your country, what about doing it in Torremolinos?

Koningsdag, King’s Day or Dutch Day What is it and where to celebrate it? was last modified: February 7th, 2020 by Raúl G.T
Comparte este artículo: