Facts and curiosities about Sierra Nevada, a perfect blog post for those considering a hikking, ski or snowboard holiday in Granada in winter while the snow-season or during the summer. 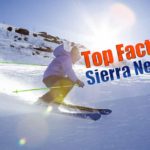 More than 500 years ago, the last Muslim was expelled from Granada by the Catholic Monarchs, leaving an imposing monumental legacy behind. The red castle, Al-Hamra, was for more than 200 years the last bastion of the Nasrid Kingdom in Al-Andalus, situated on a hill, with the Sierra Nevada in the background. Whoever walks today through its beautiful walled enclosures can still feel the magic of old days. A great monument that was a royal palace and military castle during the Nasrid dynasty. It caused astonishment among the personalities who visited it centuries ago, just as it still does today. Come with me and read more about this place. 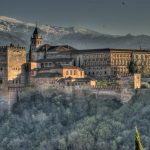 The end of ski season is approaching and as every year a skiing in swimsuit event is being organized, a rather striking event which has been held since a few years being this new edition. If you ever thought how it would be to ski or snowboard without clothes or in swuimsuit it is your chance to try it. 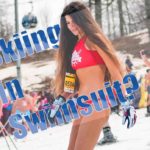 Season discounts for skiing in April in Sierra Nevada

April will bring us not only the spring but also activities and discounts to Sierra Nevada for skiing. The 30th of April is the last day of the ski season, if you are willing to take part in the called event 'ski the spring in Sierra Nevada', you are yet on time. 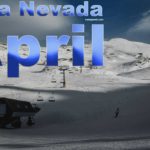 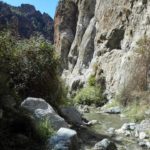 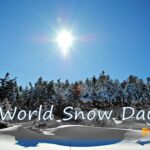 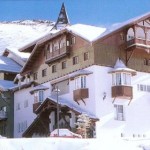