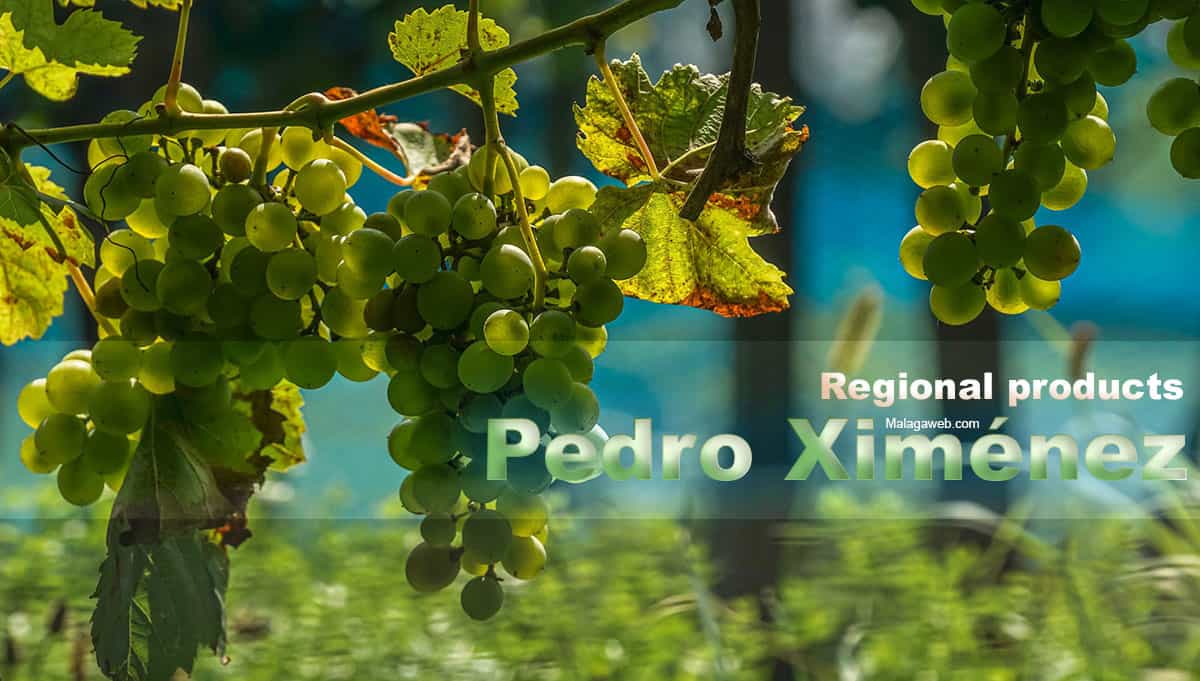 The Pedro Ximenez grape and wine are undoubtedly one of the popular claims of Malaga and Andalusia; a sweet wine typical of our region made of grapes dried under the sun. Many think it’s a trademark, but it’s a type of vineyard.

If you visit Malaga, why not trying a typical product which was popular for centuries? I recommend the grape-raisin or Pedro Ximenez wine.

Origin of the wine and the grape-raisin Pedro Ximenez

Wine has been with us for more than 7000 years; a drink obtained from grapes through fermentation. Environmental factors such as climate, latitude and environmental temperature among many others will influence the taste of the wine.

This drink has accompanied important meetings of the high society since thousands of years. The first indications point to its Neolithic origin; although this variety we are dealing with today has a recent origin.

Most of the people in Malaga know the nomenclature Pedro Ximenez. Not so many know the curious theory about the origin of this wine.

This famous wine was already popular before the 18th century; it was exported to different parts of the world, including China, the Philippines and America.

The characteristic grape Pedro Ximenez is white, sweet and with a transparent tone. There is no clear origin of this variety; the latest DNA analysis show that it originates from Andalusia and has North African roots. It does not withstand low temperatures and the climate in our region is ideal for cultivation.

Theory of its origin

The origin of the Pedro Ximenez grape is still unclear, although some historians tried and believed to find the explanation centuries ago*.

In this work, he refers to several writings from the 17th century*, according to which this vineyard was introduced from Germany by a certain Pedro, son of Simon; keeping the wine his name.

According to some authors, this viticulturist would find in Malaga a more benevolent climate than on the banks of the Rhine river and therefore decided to bring some vineyards to transplant them. He improved the taste of the wine by comparing it with the original, losing its roughness and gaining in flavour.

They think that this event took place during the 16th century; since then the introducer of this variety would be Pedro Simon. In several writings throughout the seventeenth and eighteenth centuries we find the name Pero-Ximen or Pero Simen*; in ancient Castilian Simon is equivalent to Ximon, which would end up deriving in Ximen or Ximenez, as it is known today.

Already in the late eighteenth century, the number of boats that entered the port of Malaga during the autumn to carry the exquisite wines of our land amaze the Jesuit and historian Juan Francisco Masdeu. He also named a Flamenco person named Pedro, son of Simon, as the creator of this variety in Malaga.*

“Every autumn Malaga sees a large number of foreign ships enter its waters to receive, in addition to other exquisite fruits, the delicious wines from those lands”.

There is a legend that grants the origin of the variety to a Flemish soldier named Peter Siemens, who brought it from the Rhine river valleys. I haven’t been able to find any reference and I think it’s more of a more recent invention due to the similarity in pronouncing the surname.

According to DNA tests*, it has been shown that the Pedro Ximenez grape variety is related to the Arab grape, the latter probably introduced during the reign of Al-Andalus since around the 10th Century.

I wonder from the data provided, if there could not be some kind of link between the scientific explanation and the research of different historians over the centuries.

Perhaps the viticulturist who came from Germany managed to create this variety in Malaga, instead of bringing it from there as they thought. Some people claim that Pedro Ximenez refers to an old Andalusian village, but it is unlikely if this village was not from Malaga, as the Pedro Ximenez was only produced in this province at that time.

Wine from Andalusia and Malaga

Before the 19th century, Malaga was the only city producing the Pedro Ximenez grape, according to the writings to which I have had access*; later it would spread throughout Andalusia. Today, the Montilla-Moriles variety is the one that corresponds to most of the current production. 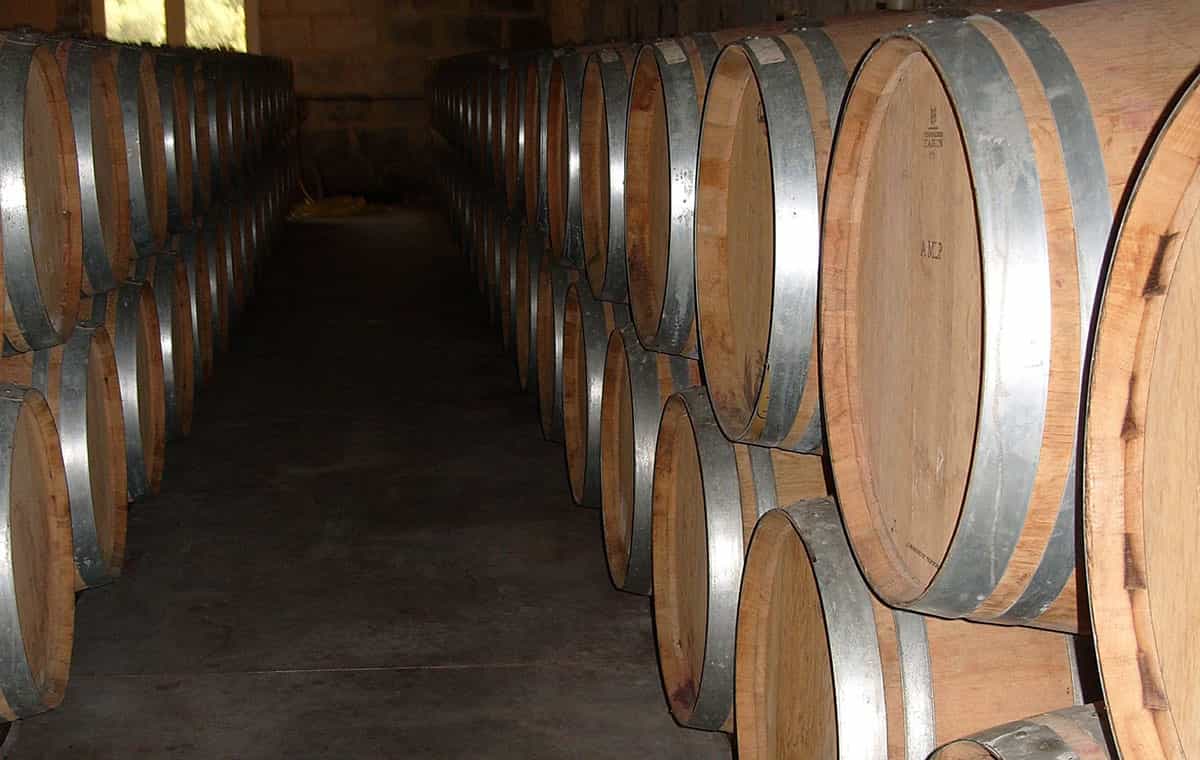 In the province of Malaga, the variety produced by the Bodegas Malaga Virgen (since 1885) in Fuente de Piedra is popular. These wines spend 24 months in oak barrels for oxidation.

Formerly the Mountains of Malaga area and many other municipalities were filled with the Pedro Ximenez variety, but a plague imported from the United States, phylloxera, destroyed the production from 1878. Raisin and Malaga wine were in great demand all over the world; this lack of production due to the plague caused a major crisis and the total loss of its market. The unfortunate situation indirectly helped the disappearance of the industry present in Malaga, an economic setback from which the province is still recovering.

You can see the result of this crisis in images, there are many abandoned winepresses by the Mountains of Malaga, this blog below has great photographs of many villas and winepresses that were left to their fate: https://lagaresycortijos.wordpress.com/

You can also visit the Torrijos Ecomuseum, a refurbished building that in the past was a wine press and where you will find all the tools that were used at that time to make wine.

How they make wine

To learn more about the process an explanatory video of the Montilla-Moriles variety:

In Malaga there are different varieties such as Moscatel de Alejandría, Moscatel Morisco and Pedro Ximénez. They are produced in La Axarquía, Malaga Mountains, Manilva and Serranía de Ronda.

Sweetness and low acidity are two of the main characteristics of the wines Pedro Ximenez. They have a fruity aroma and their alcohol content can exceed 15º.

How to serve and accompany Pedro Ximenez

You should serve this wine at a temperature of between 12 and 14ºC. in a glass of white wine.

The fruity taste and aroma make it ideal for drinking over vanilla ice cream, with chocolate or with cheeses with a strong flavour. As a curiosity, the typical Malaga ice cream is made with raisins and Pedro Ximenez wine, have a look at the link to know the recipe. 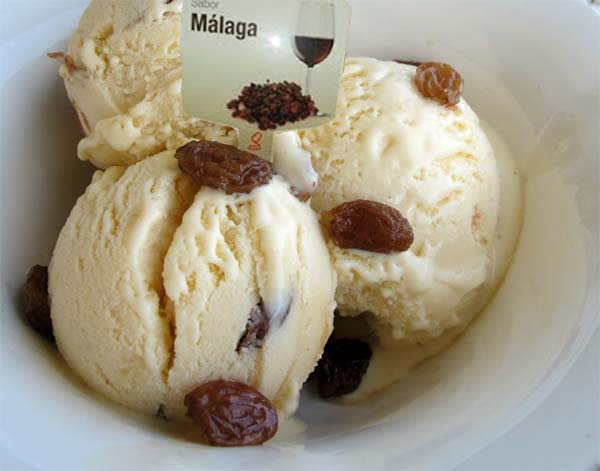 This wine is also perfect as a digestive after a meal.

If you visit Malaga or any place in Andalusia, don’t forget to try a wine that is still popular over the centuries, the Pedro Ximenez or Pedro Ximen as some also call it.

In the province there are many places where you can enjoy a glass of wine. Some of those places even include a guided tour of their wineries. We are going to include those that offer the variety of Pedro Ximenez; if people like this, then I might write another article about other wines in Malaga.

This winery offers wines made with Pedro Ximénez and Moscatel. It also has a marinated menu with its own wines.

This old winery in Malaga from 1840 has its own vineyards. Their wine menu includes Pedro Ximén 1908, a sweet and aged liqueur wine with 36 months of oxidation in American oak casks.

It also has many other varieties of wines and seafood to accompany it.

Founded in 1971, it has managed to make a place for itself in the city’s gastronomic offer. Its wine list is extensive and among them they offer the variety of Malaga Virgen.

4 thoughts on “Pedro Ximenez: A Malaga wine, grape and raisin with history and legend”