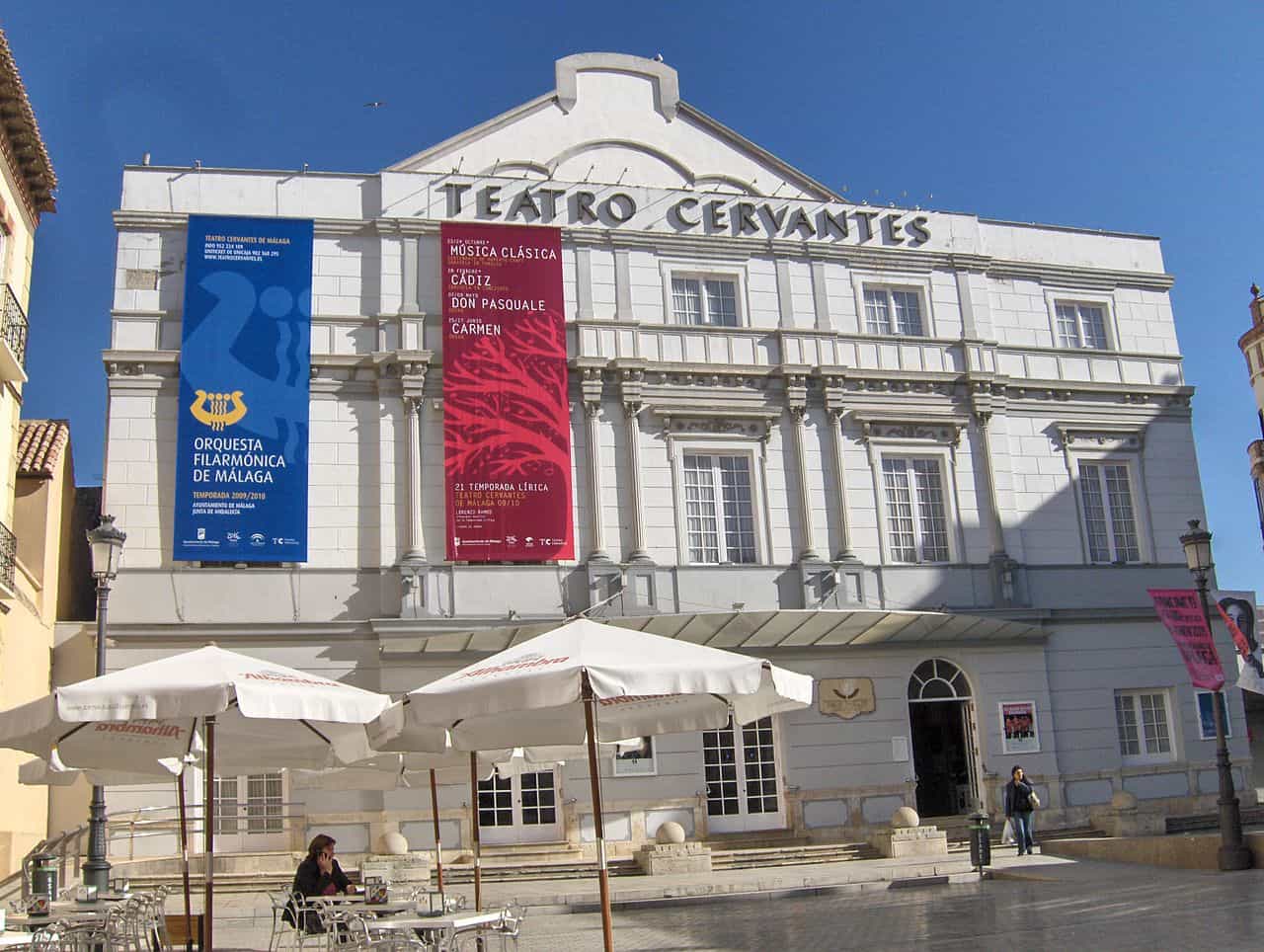 Visitors and residents alike can find a source of culture and entertainment in Malaga. Located in the heart of the city’s old quarter, the Cervantes Theatre in Malaga offers plenty of cultural events in constant renovation. 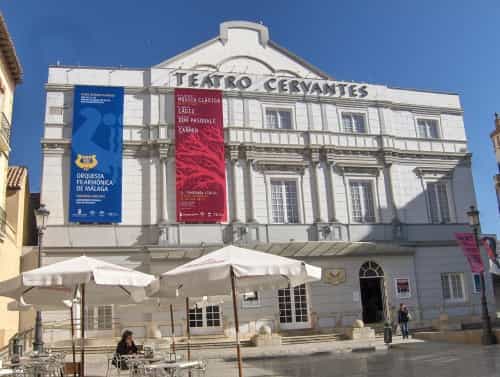 About the Cervantes Theatre

This attractive theatre dating from 1870 has a classical yet cosy atmosphere and is located at a square a few minutes’ walk from the main shopping district of the city; the theatre is surrounded by busy streets of shops, cafes and tapas bars. The atmosphere is bohemian-chic style, with mostly Baroque architecture.

The original theatre dates back to 1862 as Teatro de la Merced or Teatro del Príncipe Alfonso. In 1968 it changed its name to ‘Teatro de la Libertad’ (freedom Theatre) after the fall of the Spanish monarchy.

During a play with torches, a fire broke out that completely devastated the building; a year later, work began on the construction of the new building.

The theatre was abandoned for years until the middle of the 20th century for the screening of films.

The Town Council of Malaga took ownership of the theatre in 1984 and reformed it adapting to the new times. The theatre now has a capacity for 1171 people. During the inauguration on April 6, 1987, the Symphony Orchestra of Malaga performed a concert.

The Cervantes Theatre is the main venue for hosting cultural events and music of all kinds. This theatre relies on the diversity of its activities without rejecting current trends.

The shows scheduled by the Cervantes Theatre include classical music concerts, opera and ballet, modern dance, modern theatre and concerts, so there is a variety of events for all ages.

The Cervantes Theatre is also a strong tourist attraction for those who visit the Costa del Sol and seek to attend cultural shows.

The complete schedule is available at the Cervantes Theatre website in Spanish, English and German www.teatrocervantes.com/en

Check also more tourist attractions in Malaga we recommend to visit by following the link.

All about Cervantes Theatre in Malaga – History and information was last modified: October 3rd, 2019 by Raúl G.T
Comparte este artículo: