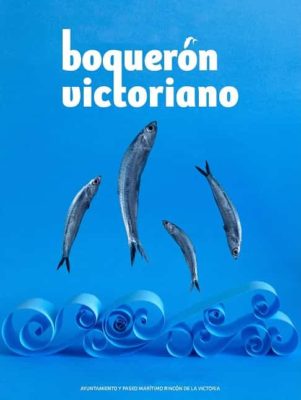 Rincon de la Victoria celebrates in September the new edition of the Anchovy’s Day Festival. This is an event which is declared of Tourist Interest in the province.

Anchovy is the culinary symbol of the province. In fact, the locals of Malaga are also known as “anchovies” (Boquerones).

This popular event attracts thousands of people each year to the sea promenade of Rincon de la Victoria. This is where you can sample over 1000 kilos of anchovies for free when purchasing a drink.

Anchovy is the culinary symbol of the province.

When is the Anchovy’s Day Festival?

There will be free tastings of anchovies on the promenade the weekend with performances for children on Saturday.

Activities for all ages

During these days there will not only be delicious free tastings. Those who visit this municipality located in the region of Axarquia, can also enjoy several concerts and a children’s party on Saturday.

Pescaíto tastings will take place the weekend at noon on the promenade of Rincon de la Victoria, next to the tourist office.

With each drink there is a free fish portion.

Rincon de la Victoria is popular for its sea caves and beaches and also has prehistoric sites. If you decide to visit it, take your time to explore this municipality, you won’t regret it.

The municipality of Rincon de la Victoria is located about 18 km from Malaga, in the region of Axarquia which is home to the highest peaks of the province and many hidden white villages. This part of the Costa del Sol is much less known internationally than its western part.

Of you need transport, I can recommend malagatransfer.co.uk, I have used it in the past and had a nice experience.

If you want to go by your own means of transport, here you are the location in a map: https://goo.gl/maps/XdvRR2WwHb9YJw6N6