Malaga is a world tourist power and its economy depends on the number of travellers preferring the Costa del Sol year after year to other destinations. This fact is irrefutable having it at hand and even more significant if you look at it in retrospect.

The Patronato de Turismo de la Costa del Sol compared the touristic figures of the years between 1993 and 2007. The results proof the push and strength of the sector. In that period the Costa del Sol accommodated 107 million tourists. Those tourists spent 44827 million Euro, which was  almost the double of the gross domestic product of the region.

Already in 1993 the Costa del Sol was one of the most important tourist destinations in Spain. However, the differences between now and then are enormous. A clear example is the number of people working in the tourism sector.

I have compiled the tourist numbers of Malaga over a period of 15 years (1993-2007). The results prove the strength of this sector:

Hotels obviously were the most favoured with more than 49 million tourists. One of the Costa del Sol bets was investing into quality by creating mainly hotels with four or five stars.  Malaga copes better with the economic crises than most other national or international tourist destinations.

Between 1993 and 2007 35312 hotel vacancies were created. This increased the quote of hotels on the Costa del Sol with four and five stars to 61% in relation to the 31% in 1993. In total 252 new hotels opened in that period, counting mainly with foreign guests. 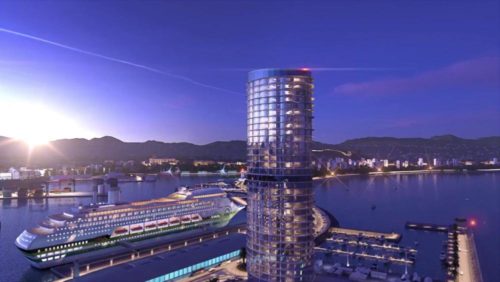 In 2017 the tourist apartments are booming. Holidays in an apartment are generally cheaper and more personal than in a large hotel chain. All this despite the new taxes added that seek to penalize or make more profitable this practice for the government.

It seems that this trend will keep up its growth rate. In early 2017 the city of Malaga proved to be one of the main cities in Spain in reservations for this type of accommodation.

Internet and low cost flight companies captured the market. Tour operators are becoming less important and millions of tourists all over the world are organizing their trips by themselves.

Reductions on flight tickets have caused a change in the travel habits of the tourists. Instead of one large holiday per year they now opt for more, but shorter trips. In 1993 for example the average stay of a tourist on the Costa del Sol was 15 days, now its 11 days.

Touristic commercialization and promotion concentrates nowadays, instead of big fairs, on almost personalized offers, very focused on the end customer. Just that way the Costa del Sol will be able, if it wants, to double its figures again.

Tourist statistics of Malaga and the Costa del Sol in recent years was last modified: May 3rd, 2022 by Raúl G.T
Comparte este artículo: