When going from Malaga airport to Sierra Nevada using a car or a bus, we recommend taking the north road, however if you decide to use the coastal road, you will be rewarded with beautiful views from the Costa del Sol while on your way to Sierra Nevada.

How to get to Sierra Nevada

There are two ways to reach Sierra Nevada from Malaga. One runs inland, on the Highway A-72. It is a very entertaining journey, slowly increasing in altitude, as we move away from the coast and the lush subtropical vegetation. After the mountain pass "Las Pedrizas" nearly 800 metres above sea level, before our eyes open vast spaces of mountains and countryside, only occasionally punctuated by country houses and large olive groves.

Traveling from Málaga to Granada on the A-72, we can find some interesting villages on the road such as Loja, Alhama de Granada and Montefrio, about 70 km from Malaga. These villages, tucked behind hills and close by rivers, retain a rich and diverse historical legacy.

From Granada city the well signposted A-395 leads to the most southerly ski resort in Europe, Prado Llano, whose lifts are also open to the public in summer and therefore it is a great choice for excursions year-round.

Another route through the Sierra Nevada from Granada is to the south on the A-44, through Lecrín Valley, which in spring is covered with blossoming lemon and orange trees. Taking the winding road A-348 to Lanjaron, we can literally feel like going through "the Gate" to the magical Alpujarra, on the southern slope of the Sierra Nevada.

Here, time moves at a different pace; the white villages have kept to this day their Arab heritage; deep valleys with a special microclimate and fruit trees and numerous springs, many of them with medicinal properties. Here we can find charming villages such as Bubión, Pampaneira or Capileira, the Buddhist monastery Oseling on Mount Atalaya, located at 1.800 meters, and one of the highest villages in Spain, Trevelez, at almost 1.500 meters, which is famous for its ham (Jamon Serrano).

If you are planning a visit to Sierra Nevada with family or friends you may want to share a minibus or a private taxi from the airport to Granada. We recommend some of the best websites where checking for taxi prices:

Train from airport to Sierra Nevada

There is no direct train link to Sierra Nevada from Malaga airport, but you can use it to arrive Malaga city, and take from there a train from the main train station Maria Zambrano. There is also no direct linking to Granada, so you should have to transfer at Cordoba. 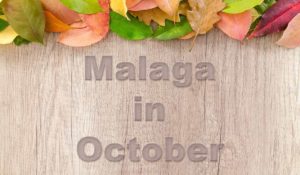