Along the centuries Morocco has been marked by many different cultures such as the Africa, Arabian, Berber and European. The country holds a great attraction with stunning landscapes, delightful architecture, colorful markets and wonderful beaches.

Belonging to the E.U. you don´t need a Visa. Your passport needs to be valid for a minimum of six months after you entered Morocco.

The three major international airports are situated in the cities of Tangier, Casablanca and Agadir and you can as well fly direct to Fes and Marrakech from several European cities.

Crossing the strait of Gibraltar from Algeciras in Spain to Tangier or Ceuta (Spanish city in Morocco) with the ferry is a very popular option and there are many regular and high-speed ferries available. These passages take about 45 to 90 minutes. Other options are ferries from Almeria and Malaga to Melilla (Spanish city in Morocco) and from Almeria to Nador, from where are available bus connections to the most major cities in Morocco. These passages take six to nine hours.

There are as well ferries available from Gibraltar to Tangier twice a week and the passage takes about 80 minutes.

Generally, arriving via Ceuta is a good option when you travel by car. It is a softer entrance into the hustle and bustle of Morocco than Tangier and since it is a tax-free zone, the fuel is cheap. Vice versa, if you are relying on public transport, Tangier is the better option, as it has better connections to the rest of the country.

Using trains in Morocco is quite a good option as the fares are economic and the trains are well-organized and comfortable. There are railway connections between the cities of Tangier, Fez, Meknes, Oujda, Casablanca and Marrakech. There are first class and second class available. When booking a first class, you can actually reserve a seat which is very recommendable in order to enjoy the beautiful landscape. Approximate durations of the ride are: From Casablanca to Marrakech: 3 hours; Fez to Marrakech: 7 hours; Tangier to Marrakech: 11 hours. On the trains is available a refreshment cart, but be aware when travelling during Ramadan to bring your own food supply.

If you do not have much time, air travel might be a better option, but it is costly.

The best way to discover the Medinas is actually on foot, but if it is a larger city, you might use a petit Taxi. Caleches are horse-drawn carriages and a popular way of moving around in Marrakech. Busses within the cities are frequent and cheap but can get very crammed. Another popular means of transport around the Medinas are mopeds or bicycles.

The area around the Riff in the north might be rainy during the winter the months, nevertheless it is best to avoid the summer heat and the crowds and visit Morocco in the cooler months between September and May.

Regarding women travelling in Morocco remember that Morocco is an Islamic country; thus it is appropriate to dress in a modest and conservative way. No short skirts, shorts or tank tops. Do not wear a bikini in other places than at the pool or a reserved beach.

A last word of warning, Morocco has rigorous penalties for those caught acquiring or consuming drugs including "kif" as the local marijuana or hashish is called.

In the souks (bazaars) you find practically everything from foodstuffs, spice merchants, carpet shops, high-quality crafts, wool dyers, tailors and many more. If you enjoy strolling around the markets and if you like bargaining, then you will love the souks of Marrakech, which are considered to be among the best in Morocco. Probably you will be offered to be shown around by a guide, but can be quite fun to get lost and discover things on your own. In the markets bargaining is a commonplace everywhere in Morocco and a good idea is to halve the first price and start from there. A suggestion: Bargaining is a way of living in Orient and it is supposed to be fun, so stay polite and with a sense of humor!

As in many African and eastern countries, you will have to be careful about what you eat and drink in order to avoid stomach upsets. Better not to buy fresh fruit or snacks from street vendors, unless they are peeled or you can rinse them with water. Avoid drinking tap water.

Places to see in Morocco

The places to visit will largely depend on the time you dispose for your travel to Morocco. In the north and close to Spain there are situated the cities of Tangier, Asilah, Chefchaouen, Fez and Meknes. Further south you will find Marrakech, Casablanca, Essaouira and Agadir.

Tangier is a bustling port town in northern part of Morocco and the main access point for ferries from Spain. Asilah is a popular beach resort of white washed houses situated on Morocco´s North Atlantic coast.

Chefchaouen in the rif mountains

The small town of Chefchaouen is situated beautifully in the Rif Mountains and is well known for its blue painted houses and streets and quite popular among independent travellers. Chefchaouen was under Spanish rule for several centuries and many people still speak a Spanish dialect. The proximity of Ceuta (a Spanish commune in north Morocco) is thus one more reason why Spanish tourists definitely love Chefchaouen. In order to enjoy a quiet time in Chefchaouen, you better avoid Spanish national holidays and the summer months (July to September).

In Fez is still alive the charm of Arabian middle ages, with its remarkable Medina. The city has been Morocco´s capital during more than 400 years and it is still regarded as the religious and cultural centre of the Country. The Medina was declared World Heritage of Humanity by UNESCO and its souks and narrow streets have remained unchanged since the Middle Ages.

Meknes is another imperial city, although smaller than Fez and Marrakech. The city has a very well preserved Medina with many souks. Its medina and the remains of the royal palace have been the reason that Meknes was declared a UNESCO World Heritage.

Although Rabat is the modern capital of Morocco, the city´s history dates back to the 7th century and at present it is the seat of the Government and the abode of the King.

Casablanca, the economic capital, is located on the Atlantic coast 80 km south of the capital Rabat. It is the most populous Moroccan city with 5 million inhabitants. Its port is one of the largest in Africa, and its airport concentrates 55% of the air traffic in Morocco.

Essaouira, "the pearl of the Atlantic" maintains a special charm and authenticity, with the same whitewashed houses you find in the Andalusian white villages. The city is a favourite destination for independent travellers and its Medina is listed by UNESCO as World Heritage. Essaouira hosts annually during the second week of June the Essaouira Gnawa Festival which attracts thousands of visitors.

The legendary Marrakech is one of the four imperial cities of Morocco. It is an authentic place in perfect condition, 75 km from the Atlas Mountains with the highest peak of 4.167m, where you can ski in the winter months.

If you can, spend several days in Marrakech, as there are so many things to see, just to mention the annual Marrakech Popular Arts Festival in July, which might not have changed much since the Middle Ages, with a wide range folk artists such as singers, dancers, fortune-tellers, acting troupes, snake charmers and fire-swallowers. The Imilchil Marriage Feast is a fantastic approach to Berber culture, their music and dance. The festival takes place in the Atlas Mountains near Marrakech.

Agadir in the far south is the most important beach resort of Morocco, with a 10 km long fine sandy beach. Agadir´s bay is considered to be one of the most beautiful in the world and with a Marina which can accommodate hundreds of Yates. On the outskirts of Agadir, between sea and mountains, is set amidst a bird migratory route.

Other places in Morocco

In Merzouga, a desert town, you can get a little taste of Bedouin life and book camel treks into the desert.

In Dades Valley you can appreciate some of Morocco’s most spectacular sceneries with red cliffs and stunning Kasbahs, the traditional Moorish forts built of adobe and unbaked brick. They are located in a spectacular landscape where the desert and mountains meet, bringing together all shades of ocher and red. 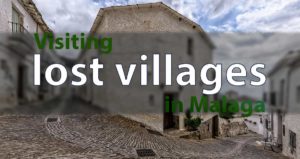 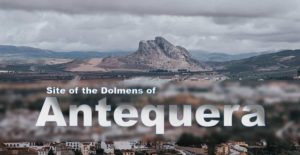 Antequera Dolmens Site – Discovering our past in Antequera