Manilva Things To Do

Manilva - things to do 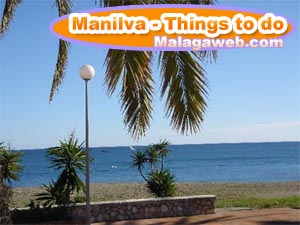 The Mediterranean coast of the Costa del Sol is a unique archaeological site, ensuring Manilva a great amount of historical monuments and a very interesting touristic circuit. 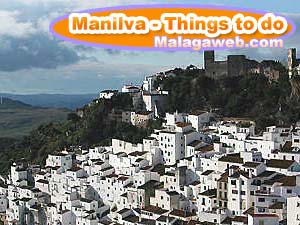 Around the old town, gently-rolling hills dominated by the green of the vines descend towards the Mediterranean and the fertile plains Riven Manilva valley. These endless hills turn our area into an enourmous balcony from which we can see the Mediterranean light reflected in the sea and on the vines. The traditional muscatel grape from Alexandria has long been our most typical crop, producing wines of excellent quality and recognised prestige.

Our network of paths is suitable for trips on horseback, on foot or by bicycle. Routes worthy of particular mention include a visit to the pine forest at Tábanos, La Cuesta del Molino (Windmill Hill) and the hills of Miraflores...All of these offer a vast beautiful landscape teeming with history, where archaelogical remains abound, bearing testimony to the richness of its past.

Recreation and Leisure in Manilva

The "Puerto deportivo de la Duquesa" (The harbour club La Duquesa) is with no doubt the place with more tourism and has a complete one modern net of leisure and amusement activities.

Numerous high quality hotel resorts, open their doors to perfect holidays. Beautiful residential resorts with reasonable prices, await those who wish to make of Manilva a place of holidays in the Costa del Sol. (Coast of the Sun)