The port of Málaga has an antiquity of 3000 years and was already used by the Phoenicians as trading port. It is a passenger port with a regular line to Melilla and the second most important cruise terminal for cruise ships in Spain. Other operations include import, export and fishing port.

The port of Malaga is protected by a natural bay and its main entrance is situated in a privileged area, close to the historic centre of the city and opposite the Park. 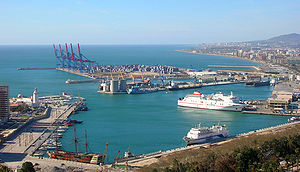 At the end of the port can be found a promenade with good views of the harbor and the cathedral. This walkway leads to the beach of la Malagueta, an animated area with cafés, pubs and restaurants. Inside the port there are organized from time to time concerts or Music festivals and during the August the pyrotechnic spectacle from the port is very pretty. 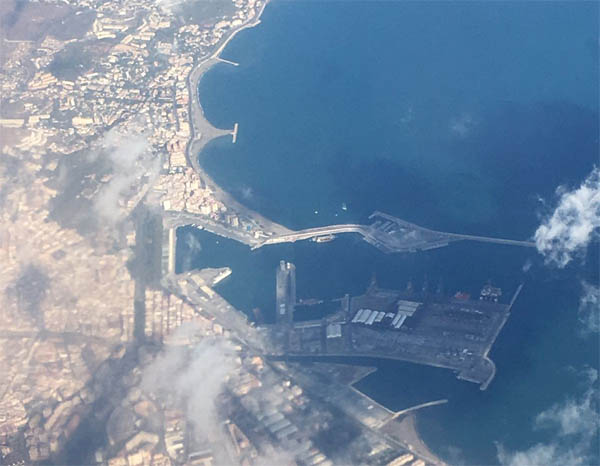 Accessing the port, opposite the Plaza de la Marina, can be found close by the Museum Aula del Mar (Classroom of the Sea). Special mention deserves the traffic of cruise ships, as the port is the second most important in Spain and since a few years continuously registers growing numbers of landings.

If you need to hire a car at the Malaga cruise port, check for prices using our quote on the right.

Car hire Malaga port may be the best choice for those who arrive to the Costa del Sol through a cruise and need the mobility a vehicle will provide.

If you choose this option a responsible will bring you the car to the port. You have the option to return it to the same place or at Malaga airport if planning to take a flight.

Check our recommendations for 1 day trips and tours from Malaga cruise port to other places in Malaga and Andalucia. If you need a private transport mean you can also check our website for a transfer from Malaga port.

Get the most from your visit to Malaga!

Malaga provides not only sun, beaches and a soft climate, but its joy, gastronomy and a rich cultural and architectonical patrimony and hence is an ideal location for a cruise and also a starting point for a great journey to other parts of the world.

Many companies have chosen Malaga as one of the favorite destinations for starting a cruise. The ships generally are routing along the Mediterranean Sea, Balearic Islands, the African coast and as well the Italian or French coasts and due to the landscape and the climate convert the cruise into a dream trip.

Nowadays cruise ships are not so expensive or at least not too much for what they are: A pleasure trip. Moreover there are many eligible options which might vary a lot the cost, as for instance the moment of making the reserve. The same as with flights, reserving the cruise well in advance, you can save money.

The cruise tours offer the best panoramic views of the bay of Malaga. Around the area you can enjoy trips into the vast geography of the province, from the sites of Nerja, until the ports of Benalmádena, Fuengirola and Marbella.

You might be as well interested to know that the companies of Royal Caribbean and the Spanish railway RENFE have agreed in creating a service denominated "Puerto de Atocha" (Port of Atocha), transporting cruise ships customers from Madrid to Malaga in the high speed train AVE. The cruise ship company will be directly in charge for the transaction of customer tickets who have acquired a cruise which begins and concludes in Malaga. The idea behind is that the client arriving in Madrid-Atocha will be "embarking in the capital", getting delivered his luggage directly to his cabin on the ship.

In recent years has been carried out a major refurbishment work around the port area which until recently was a fenced area with restricted access, unattractive and separated from the city.

Now has been created a vast public space by the sea with a modern design that connects the historic centre with the cruise terminal. There are green areas and an area with shops and restaurants in the docks next to the modern cruise terminal:

Pier One with more than 55,000 m2, next to the cruise terminal, has a shopping area and restaurants and parking.

The Pier 2, with over 14,000 m2 consists of a recreation area and green spaces, known as The Palmgarden of Surprises, where is also installed a small terminal for the berthing of luxury cruises and which also has underground parking.

How to get to Malaga port

The international Malaga airport is only 15 minutes away from the port and has a direct access via the motorway. Both the Malaga railway station Maria Zambrano and the main Malaga bus station are situated 1,5 kilometres from the port.

If you need a private transport mean then you can check our website for different websites offering fixed rated in transfers to Malaga port. 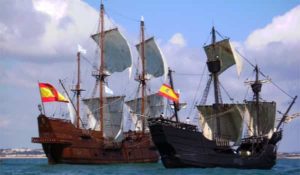 Nao Victoria: Visit in Fuengirola the first ship to circumnavigate the world 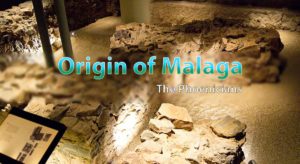 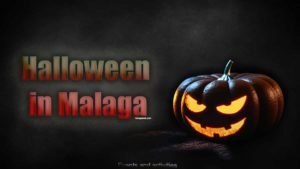 Halloween in Malaga, terror takes over the city